One RA had a difficult time forming connections with residents 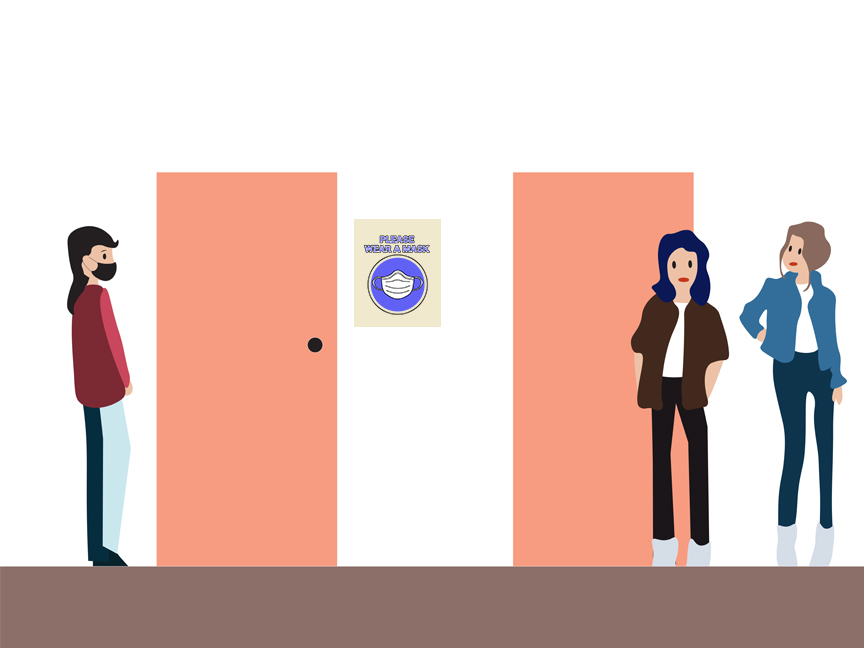 Resident advisers have to enforce the policy that residents wear masks, but it caused conflict between residents and RAs.

WSU resident advisers struggled to find a balance between being a mentor and a friend to their residents this semester because of COVID-19.

The pandemic presented many challenges for RAs. One of the most common problems was the desire to interact with their residents and fellow RAs in a normal manner.

Former Regents RA Hailey Chamberlain said she was disappointed she was unable to form better connections with her residents this semester.

“We’re not going out of our rooms or walking to class every day,” she said. “A lot of people will just stay in their rooms all day.”

Chamberlain said this was one of the reasons she quit her RA position three weeks ago.

Residents are required to wear a mask at all times in the dorms unless they are in their rooms. Enforcing this policy was the main area of conflict between residents and RAs, said Juliana LeClair, former Regents assistant hall director.

RAs are expected to strictly enforce the rules. Tensions can rise and relationships can get strained when RAs have to constantly remind residents to wear their masks and not allow visitors, Chamberlain said.

“It wasn’t something I really wanted to have to do. It’s not very fun to be the bad guy,” Chamberlain said. “I especially don’t like doing that, especially for something like a mask.”

Students come to college to be on their own and make decisions for themselves. Residents were frustrated when RAs were constantly telling them what to do, Chamberlain said.

Chamberlain organized bonding programs over Zoom to try to strengthen her relationship with her residents. She said most residents did not show up because it is hard to get them on another Zoom call after a full day of classes.

Without any in-person interaction due to the no visitor policy and social distancing guidelines, residents and RAs both felt lonely and isolated, LeClair said. It was a difficult time for everyone, she said.

“It was super lonely because, obviously, no one could come over, and I wasn’t really friends with any of my residents because it’s so hard to make that connection now,” Chamberlain said.