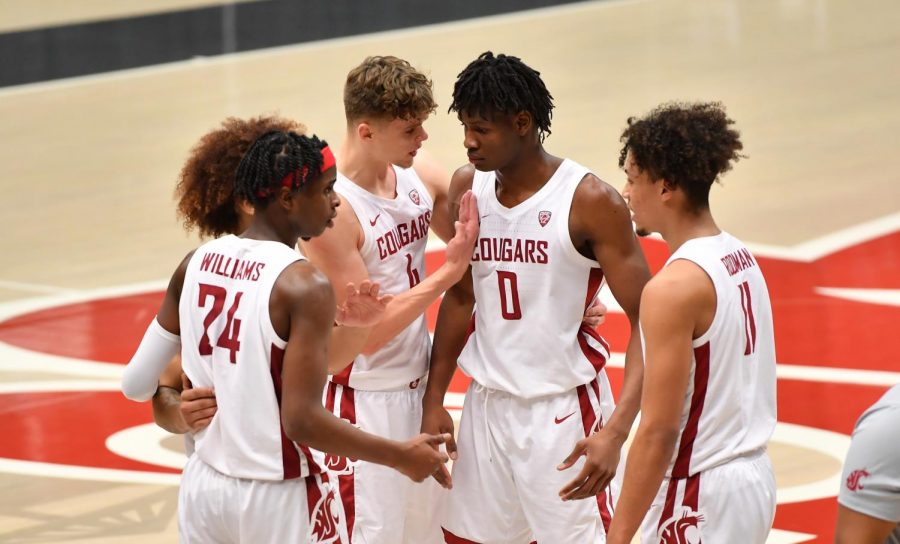 WSU heads to the road for the first time this season and will not play an away game until Jan. 7.

The Cougars men’s basketball team will hit the road for the first time this season to face the Colorado University Buffaloes at 1 p.m. Saturday at the CU Events Center in Boulder, Colorado.

The Buffaloes (2-0, 0-0) at one point were ranked as the No. 16 team in the nation last season. The school put up a 21-11 record last year and have put up at least a .500 record for the past five seasons, averaging just over 20 wins a season in that time frame.

Colorado was not ranked in the preseason and is not ranked to start this season. However, the Buffaloes received one vote to be in the top-25 AP Poll this past week.

WSU (3-0, 1-0) faced Colorado twice last year, one during the regular season and once in the 2019-20 Pac-12 Tournament. WSU lost the regular-season matchup, then defeated the Buffaloes in the conference tournament and gave them an early first-round exit.

WSU head coach Kyle Smith said this Buffalo team will certainly test this WSU offense that has struggled as of late.

“They’re a very veteran team. They’re going to be physical. They’re strong,” Smith said. “We’ll be tested a lot there.”

The Buffaloes bid farewell to their star forward this season, Tyler Bey, who declared for the NBA draft and was selected in the second round. This year, Colorado brings in the 41st best-recruiting class in the country, according to 247 Sports, including freshman guard Nique Clifford, who is a four-star recruit from Colorado Springs.

However, all the attention has been on senior guard McKinley Wright IV for Colorado. Wright is averaging 22 points per game, 5.5 assists and 1.5 steals. Most recently, he put up a 24-point outing against Kansas State on Nov. 27.

Smith said whenever there is a star guard on the opposing team, sophomore guard Noah Williams will likely be the guy to cover him. Williams averages 1.7 steals per game thus far this season.

“I don’t know if you can eliminate [the star guard], but he’s definitely got to draw the best player in.” Smith said.

The glaring issue for WSU has been the offense. The Cougars have shot 34 percent from the field and nearly 29 percent from the three-point line so far this season. Without a go-to scorer like former forward CJ Elleby for WSU, the ball has been spread around the court more on offense.

Sophomore forward DJ Rodman said the shooting slump will figure itself out and it is more about playing with confidence and supporting each other throughout the game.

“I think it’s just enthusiasm, honestly,” Rodman said. “It’s all of us picking each other up, it’s all of us being there for one another, and keep defending like we have been.”

This road trip will be the only away game for WSU until Jan. 7 when the team will travel to Berkeley, California. Junior forward Aljaz Kunc said the road atmosphere will be difficult for the team to play in, but should not faze them too much if they just stick with the game plan that has been working so far this season.

“Road games are tough,” Kunc said “But I feel like if we just continue to play the defense like we did, if we stay on the scout, and come out with the same energy we did [against Oregon State], I feel like we’re going to be okay.”