Not all holidays are created equal; some of these suck 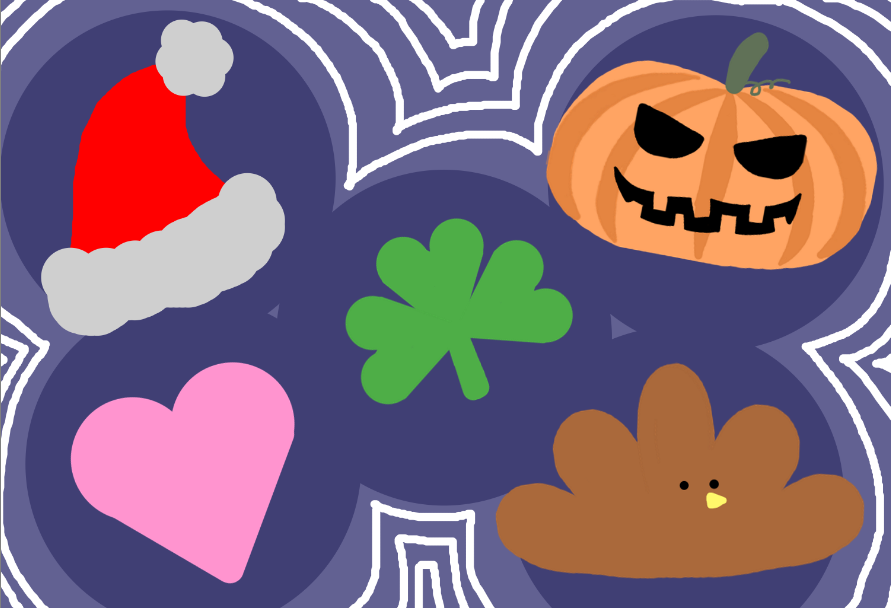 In terms of the most popular holidays, the results of this poll may shock you.

Out of all the popular, highly commercialized holidays in the U.S., I would say Halloween has always been my favorite. I like Thanksgiving because of the food. New Years’ was my lowest-ranked holiday as the tiny snacks, champagne and ball drop never seemed all that interesting.

Growing up in New York, we often would watch the ball drop on television, but I got increasingly annoyed with the fact they showcased couples kissing more than the ball drop itself. So, I stopped paying attention to it.

I wanted to know what other people thought. Fifty-two students responded to a poll about the worst popular, commercialized holiday. The results surprised me a little. St. Patrick’s Day ranked the worst, with 26.9 percent of the vote, followed by Valentine’s Day at 23.1 percent.

I kind of expected people to be into St. Patrick’s because it’s essentially Ireland jokes, drinking and a parade. Granted, any holiday we get off school is a holiday, I can’t complain about too much, and St. Patrick’s Day doesn’t offer that. Valentine’s Day, however, I understood.

Halloween, to my sadness, ranked third with 13.5 percent of the votes. My poor, spooky day. So unappreciated. I never would have ranked it as worse than Easter or Independence Day, but perhaps that stems from my personal beliefs and my apparent lack of patriotism. All Independence Day ever did for me was make the neighborhood stupidly loud from fireworks.

Easter got 11.5 percent on votes, New Year 9.6 percent, and Thanksgiving 7.7 percent. Independence Day and Christmas ranked even, weirdly enough, with 3.8 percent of the vote each. I expected Christmas to do well as the holiday has always been significantly attached to spending time with the family, holiday cheer and giving.

The order I expected, in terms of the top three holidays, was Christmas, Thanksgiving, then Halloween. These three were the holidays I thought were most popular; the rest of the holidays I didn’t have any strong expectations for. Just that they voted for more, making them worse than the top three.

If I think about it, the suggested popularity of Independence Day isn’t as surprising as I first felt it was. It is, arguably, the most American holiday there is. We don’t have school. My family usually ate barbeque, hung out outside and depending on how we felt, we might go watch fireworks.

In summer, there’s a lot you can go out and do. There are countless ways families can get together and have a fun, relaxing day on July 4. It makes sense that people would like it. That being said, as the sample size for the poll was relatively small, I would be interested to see how the results change if more people answered.

A quick google search of “America’s favorite holiday” brings up an old poll from 2015, where Christmas was heavily favored over the rest of the options. I could see that continuing to ring true if we gathered larger and larger samples.