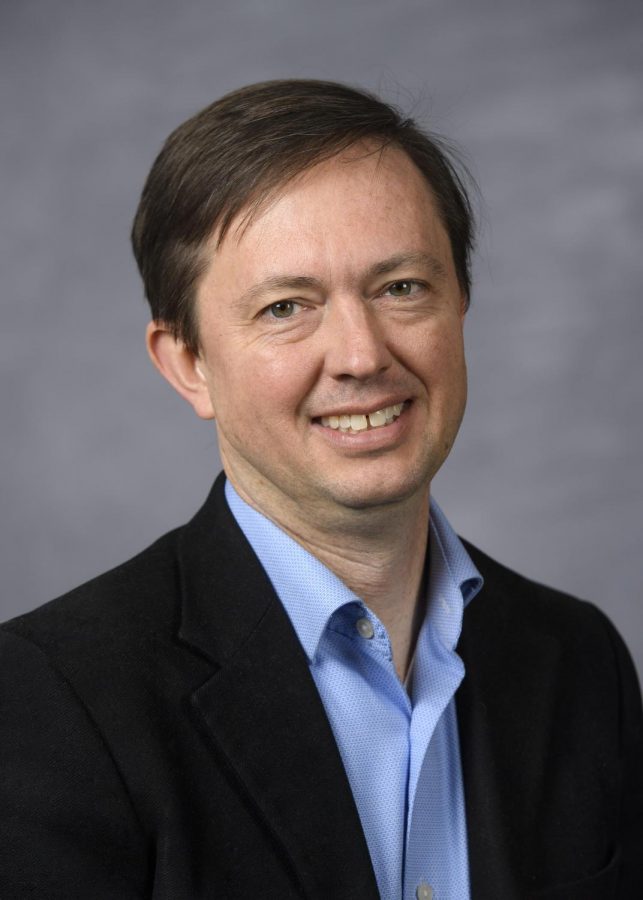 Todd Butler, associate dean of faculty of the College of Arts and Sciences, will begin his term as interim dean Jan. 1.

A WSU faculty member of 17 years will act as the interim dean for the College of Arts and Sciences starting Jan. 1.

Todd Butler, associate dean of faculty of the College of Arts and Sciences, said he plans to continue to add to the number of programs the college offers.

“There’s a real value for students and for faculty in being in an environment where they interact with people from all different kinds of disciplines and perspectives,” Butler said. “That’s something I really want to keep and deepen.”

Butler said he is succeeding current dean Matthew Jockers. Jockers became the second dean of the college about two years ago.

The main challenge Butler said he faces will be the financial pressures from the pandemic, which the entire university is also facing.

Butler is also the director for the Center of the Arts and Humanities where he teaches a program called Publicly Engaged Fellows. He teaches doctoral students how to work with underserved and rural communities.

One of his students worked with addicted populations in Spokane, and another worked with a Filipino community and the Washington State Humanities Council, he said.

“My job is to try to help them see how their education can mean something today,” he said. “And that it has … value beyond just a paycheck.”

While getting his master’s degree at the University of North Carolina, Butler taught summer classes. He said he fell in love with teaching and decided to stay at the university to get his doctorate in Renaissance literature.

“I kind of stumbled into deciding to be a professor,” he said. “It wasn’t something that I had originally thought of.”

He taught for two years at the University of Tennessee at Martin, which is a town so small it makes Pullman seem like a big city, Butler said.

In 2003, Butler moved to Pullman where he now lives with his wife, two kids and dog. His wife also works for WSU, he said.

Butler said he will no longer have time to teach classes as he takes over his new role.

“I started this to teach, which is kind of strange that I’m now becoming an interim dean,” he said.

Editor’s Note: This story has been updated. Matthew Jockers was the second dean of the College of Arts and Sciences, not the first, and he has served about two years in this position. The Center for Arts and Humanities is not part of the graduate school, but the program, Publicly Engaged Fellows, is organized in collaboration with the school.