Evergreen columnist writes about his first year of college 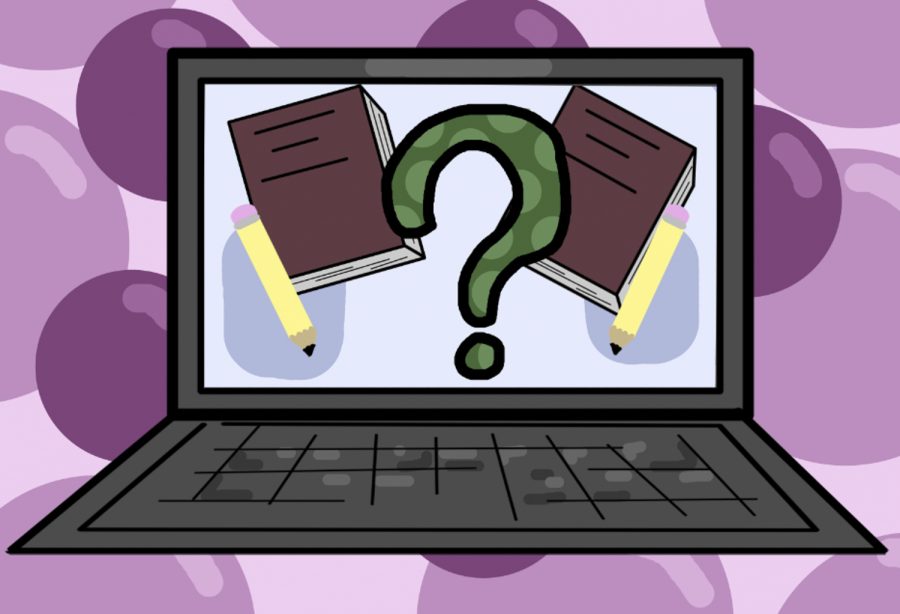 Have a story of your own you want to submit to Mint Voices? Let us know at mint@dailyevergreen.com.

My final visit to Pullman before graduating high school was on March 6. COVID-19 was only a thought in the back of everybody’s mind, schools had not shut down yet, and I thought I would be moving into a dorm come August.

Visiting campus one last time before starting college in the spring was almost surreal; all of my K-12 education had been leading up to that moment. All the standardized tests and projects I completed have finally come to fruition. I was able to walk around the Edward R. Murrow School of Communication before presumably starting in the fall.

I celebrated my 18th birthday on campus with my dad, so that made the trip extra special, realizing I would have my 18-22 birthdays at WSU. I had no doubts in my mind that I would begin classes in Pullman come August.

Going to college was an expectation I have had since I was young, but I did not have a real plan on how to do it until my junior year of high school.

I anticipated coming home from Pullman, riding out a couple of months of school and returning in the middle of August.

Exactly a week later, I was sitting in sixth period when Gov. Jay Inslee made his announcement that schools would be shutting down until the middle of April. Everybody was excited — no school! I was thrilled to have six weeks off from school and to spend time with my friends before classes would inevitably restart after Inslee’s restrictions lifted in April. The shutdown felt like winter break 2.0.

That time never came and my school, and like all others, we transitioned to online learning, and in-person gatherings were banned.

My teachers did their best to transition to distance learning, but it was not the same. I ended up only having a few assignments, but the real blow was not being with my best friends to end our senior year. My friends and I had plans to go on multiple camping trips and concerts, to go to prom and graduation together. We ended up camping for a couple of nights and fished a few times, but it was nothing like I envisioned.

Summer rolled around and my school put on a fun drive-through graduation ceremony. I was able to go on a camping trip with my best friends when restrictions started to ease. By then, I was still waiting to hear about my housing assignment. The announcement had been delayed for a few months while waiting for more COVID-19 guidelines.

I was coming home from vacation in Idaho when I saw the email from housing saying to stay home this fall.

I was crushed, it felt like everything that could have gone wrong since March had gone wrong. Time slogged on through August when my sister left for school, followed by my two best friends, all leaving for colleges that were over 100 miles away. I expected my freshman year to be amazing, staying up late with new friends and going to football games. Neither of those ended up happening, so seeing that email was kind of a cheap shot.

Going to college felt like it was going to be some kind of adventure, so I was disappointed that my departure would be delayed by a few months.

Around the time school started, I signed up for some 100-level classes, expecting them to be a walk in the park. I was very wrong; I was blindsided by how much more work these classes had compared to hardest classes I took in high school.

I was able to skate through my high school work, and only a handful of my classes took a lot of effort and were really hard. My classes this semester have not been necessarily difficult, but the level of effort and work I have had to complete has been a new beast.

I have had to write a seemingly endless number of essays for my history class, and one of my communications classes had assignments posted on three different websites — finding them was difficult.

It has also been tough to not see my friends for long spans of time either at school or work. I had seen a mix of my friends every day for the past 10+ years of my life. They have been back in my area a couple of times apiece since August, but only seeing my closest friends four times in as many months has been really tough. There have been times where I was lonely and thinking about how much differently the past six months could have gone does not help. That being said, spending time with my family at home is an experience I do not want to take back.

However, I have learned not only a lot of new information but also how to balance homework, classes, working and stress. This has been an invaluable skill to learn, and all of my professors have done a great job of making their classes accessible for online learning. I have had no missing assignments, and my grades have been excellent so far; I plan on keeping that up throughout college. Another thing is having my assignments for the entire semester posted at once, so I had the ability to work ahead and reduce stress.

I have also been able to make connections with a few people through interviews I have done for my job at The Daily Evergreen. There are a ton of people from my high school that currently attend WSU, so I will have some friends at school, too. That has probably been the toughest aspect of online learning — not being really able to make friends or even talk to classmates. I think my first interaction with students in one of my classes was around week five or six.

Online learning has overall been a positive experience, and the professors at WSU have done such a great job of putting together classes that are accessible for students. This crazy semester has set me up with a good work ethic. My freshman experience has not been what I had envisioned so far, but I will be on campus this spring and hopefully, we start to turn the corner with the pandemic soon.