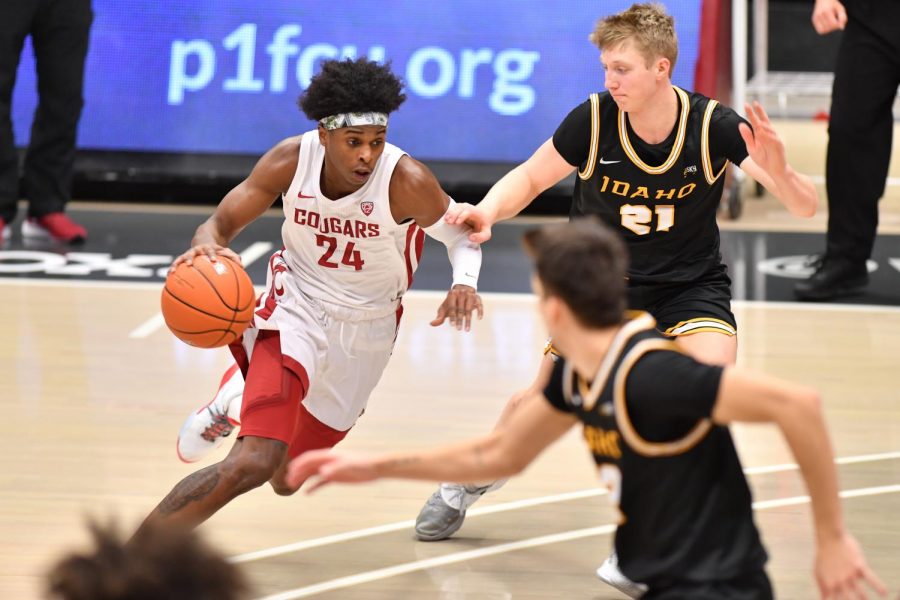 Week three of the Pac-12 men’s basketball season came and went, and somehow, WSU, along with the University of Arizona, are both undefeated at 5-0.

UCLA had the best win for the Pac-12 this season so far when the Bruins defeated the University of Marquette Golden Eagles at home on Sunday.

There are no teams in the top 25 from the conference, as Arizona State dropped from the rankings after losing to No. 18 San Diego State.

The conference is almost too close to call this early in the season, but with the heart of the season right around the corner, we’ll be able to see who is a contender and who is a pretender.

Here are my rankings for the Pac-12 men’s basketball season after week three.

The Trojans only played against University of California-Irvine this past week, with their game against Stanford being postponed due to a positive COVID test on the USC team, but this team is only here because Arizona State doesn’t look like the top team right now. USC beat down UC Irvine by 35 at home and they look to move forward onto their next game, while hopefully recovering from this COVID setback.

The Bruins started off lower on my rankings due to their close games against the University of Pepperdine and No. 18 San Diego State, but with a solid week, they shoot back up. UCLA beat Marquette at home by nine, which is impressive considering Marquette beat the No. 13 Wisconsin Badgers last week. Head coach Mick Cronin looks to climb back into the top 25 after an impressive week for the school.

The Sun Devils did not have the week they had hoped for, after losing by 12 at home to San Diego State and then scratching out a win against Grand Canyon University on the road. Arizona State won at the last second with a late three-point shot by senior guard Remy Martin against Grand Canyon. The Sun Devils looked exposed in both games, which could be dangerous when the Pac-12 season starts.

The Ducks faced some tough adversity in their first true road game of the season, when they faced Washington and barely won. Oregon had one of their worst shooting games of the year against the Huskies, only shooting 39 percent from the field and 21 percent from three-point range, and they had a 10-point lead over Washington at halftime. The Ducks looked exposed as well, but it was mostly just a bad shooting day and hope to fix it before the Pac-12 season starts.

The Wildcats had a mundane week, beating Northern Arizona, Cal State University-Bakersfield and University of Texas-El Paso, but not without any late-game drama. Arizona barely beat UTEP at home without hitting a single three-point shot and going 0-9 from behind the arc. Arizona did out-rebound UTEP in that game with 21, but with the shooting struggles, the Wildcats made it a game. Head coach Sean Miller hopes to fix these shooting problems to get the beginning of the season kinks out.

The Cougars are somehow 5-0 on the season without winning a single game by double digits on the season. WSU won the Battle of the Palouse by defeating University of Idaho by three at home and went on to defeat Portland State by nine. WSU looks to be a pretender, but with clutch defense when it matters, the Cougars seem to be on a roll before the Pac-12 season starts, as one of two teams in the conference that are undefeated.

The only reason I have the Buffaloes moving down is because of their loss to No. 10 Tennessee and that was their only game of the week. But they’re still good, don’t get me wrong. Colorado did keep it close all game with Tennessee, but only scoring 47 points, and shooting 33 percent from the field and 23 percent from behind the arc is not going to get them any wins this season.

The Cardinal didn’t play a game this week due to the Santa Clara County COVID restrictions, and a USC player testing positive for COVID. Moving them down was just because of WSU moving up. Hopefully, Stanford will play this week after all the cancellations.

Utah went 1-1 this week, after beating Idaho State at home, but then was beat down by Brigham Young University on the road by 18 in their “rivalry” game. The Utes couldn’t stop BYU’s offense and look to be a middle of the pack team, in terms of their success in the conference this year. Utah’s schedule does get easier for their non-conference slate, before their Pac-12 season starts.

The Beavers played the University of Portland this year and didn’t look good at all, ending in an overtime loss. Oregon State was already down by seven at halftime and crawled their way back to force overtime, but eventually lost by one to Portland at home. Portland looked good against the Beavers, and Oregon State doesn’t look in any way, shape or form like a contender this year.

The Huskies picked up their first win of the season by defeating Seattle University, but couldn’t defeat Oregon at home. Washington has struggled all season finding their best shooters on the team, but they finally found it in senior guard Quade Green, who scored 26 points against the Ducks on Saturday. Other than Green, it looks like this will be another rebuild season for the Huskies, until they fix their problems shooting the ball.