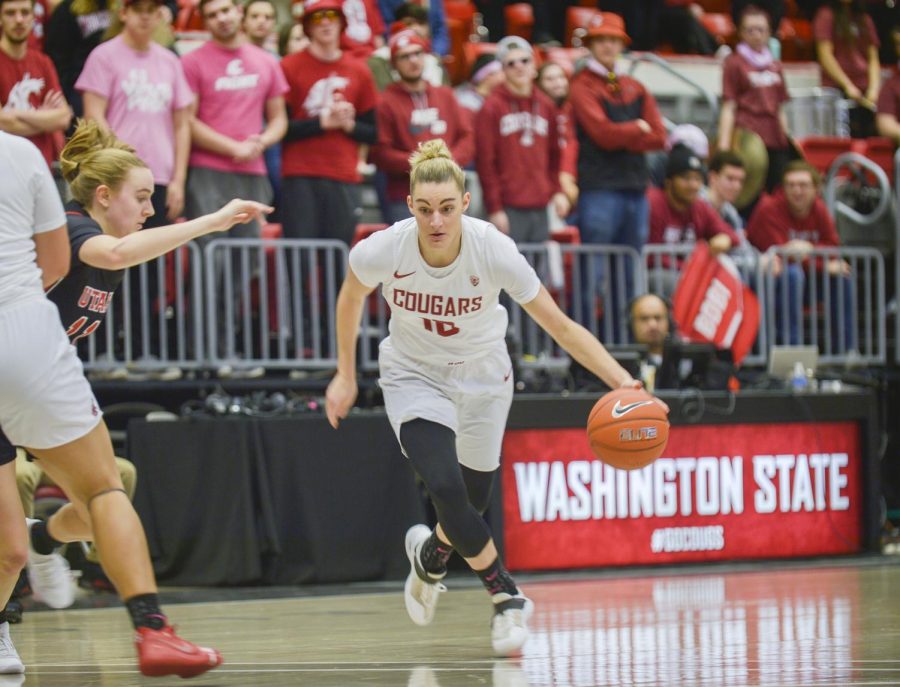 The Washington State University women’s basketball team will be traveling to Salt Lake City to take on the University of Utah on Jan. 1.

It has been just over a week since the Cougars (4-1, 2-1) have played a game. Now fresh off of the school’s holiday break, the team looks to get back to basketball.

The Cougars are coming off of their fourth win of the season after beating the Eastern Washington Eagles 73-52 at home.

This is the first away game for Washington State since their opener against the University of Washington Huskies on Dec. 11. Their trip to Utah will be ending a four-game home stretch for the Cougs, where they went 3-1 with their only loss being against No. 8 University of Oregon.

Freshman Charlisse Leger-Walker earned her second Pac-12 Freshman of the Week honors, having posted her third 20-point performance of the year during the game with Oregon, followed by a 12-point showing against Eastern Washington.

The lowest-scoring game of the season was on the road in their season opener, where WSU only put up 60 points in a win against the Huskies.

The defense has been the way to win this year — every game in which Washington State held an opponent to under 60 points has resulted in a victory.

The one game the team failed to do so was the close loss to the University of Oregon.

Following this pattern, WSU is out-rebounding opponents by 14 percent and is forcing an average of almost 20 turnovers per game.

“I didn’t think we were very good defensively, in practice, we score on each other quite easily,” Ethridge said. “But our offense hasn’t caught up to our defense, I’m not sure I understood we would be this good defensively.”

The Cougars are only shooting a mean of 40 percent from the floor, with their three-point percentage right at 31 percent.

The Utah Utes have had a tough start to the season, opening up with a loss against Oregon, then a win against the ranked Oregon State Beavers.

A win against out of conference opponent Montana State gave the Utes a 2-1 record. However, Utah has now fallen victim to three losses in a row, all of which have been blowouts.

This year Utah has allowed 440 total points, while only scoring 359 of their own.

The Utes have tallied 32 blocks on the year, and 226 total rebounds. This is largely in part to the height on Utah’s roster, with 10 players listed at or above six-foot.

But WSU is no stranger to being the shorter team on paper. WSU opponents had a clear height advantage against Oregon State and the University of Oregon.

The game against the University of Utah will be the first game of the new year for either team.

Tip-off from the John M. Huntsman Center in Salt Lake City is at 11 a.m. on New Year’s Day.