WSU gets set to host Wildcats 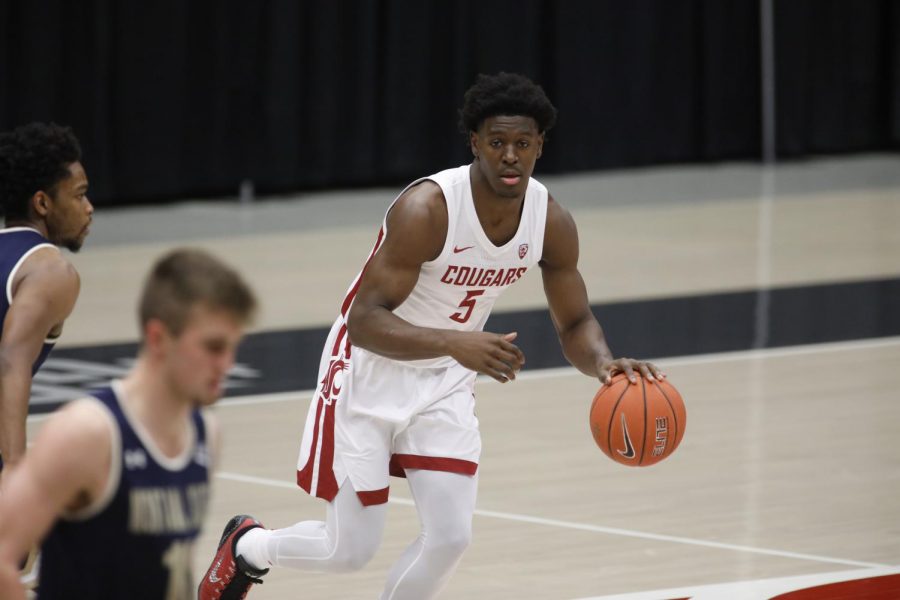 WSU men’s basketball resumes its season on Jan. 2 against the University of Arizona Wildcats for the first game of 2021 at 7:30 p.m. Saturday at Beasley Coliseum.

WSU’s game against Arizona State University on New Year’s Eve was postponed after the Sun Devils had some “COVID-19 protocol developments,” according to WSU’s statement. This was WSU’s second postponement of the season, as well as the second time a conference game was postponed.

The Cougars were supposed to have three conference games under their belt by now, but they have only played one thus far. Saturday’s game against the Wildcats (8-1, 2-1) will be WSU’s first conference game since facing the Oregon State Beavers on Dec. 2nd.

“We’re looking forward to the heart of the Pac-12 starting,” WSU head coach Kyle Smith said in his weekly press conference on Tuesday.

Arizona has had an impressive start to the 2020-21 season. Despite the lone, nail-biting loss to Stanford on Dec. 19, the Wildcats are currently on a three-game winning streak. Their most recent victory against University of Washington was a 27-point blowout, and four Wildcat players scored double-digit points.

Arizona and WSU both have three players averaging double-digit points per game, however, the Wildcats average more points as a team per game. This means the Wildcats have a more balanced scoring attack than the Cougars.

Smith said the team is working on maintaining the balanced scoring attack they had towards the end of the non-conference schedule, but the ball-handling needs to be attended to first and foremost.

At the end of the 2019-20 season, WSU averaged around 12 turnovers per game. At this point in the 2020-21 season, WSU averages about 14 turnovers per game. Although the remaining two ‘pillars’ in Smith’s philosophy, rebounding and defense, have improved dramatically this season compared to last, the ball-handling numbers will certainly be a key to starting off on the right foot in Pac-12 play.

Arizona’s leading scorer so far this season is junior guard Jemarl Baker Jr. Despite a dismal performance against Washington on New Year’s Eve, Baker Jr. has been playing very well in recent games.

Arizona junior guard James Akinjo takes up the second spot for the team in terms of scoring numbers with a little under 14 points per game. Aside from his scoring numbers, Akinjo leads the team in assists with five per game, which ranks third in the conference.

It’s safe to say that WSU senior guard Isaac Bonton and sophomore guard Noah Williams will take on the bulk of the defending this Arizona duo on Saturday. Baker Jr. had a game this season where he put up eight three-pointers, while Akinjo has teased double-digit assist totals a handful of times this season.

However, the most three-pointers and assists that WSU has allowed on defense this season thus far is three and 10, respectively. Actually, WSU hasn’t allowed an individual to score more than 20 points during its undefeated season.

The Cougars will have their hands full in the front court on Saturday but locking down this guard duo will be the key to victory.

As far as the Cougars’ injury report goes for Saturday’s contest, sophomore forward DJ Rodman and senior forward Tony Miller will likely not play. Rodman might have a slight chance compared to Miller but will likely sit out once more.

“It’s too early to tell, but they’re on the mend,” Smith said.

Tip-off between the Cougars and Wildcats is at 7:30 p.m. on Jan. 2 at Beasley Coliseum. Fans will not be allowed to attend, but the game will air on the Pac-12 Network.