Men’s basketball gets back in win column 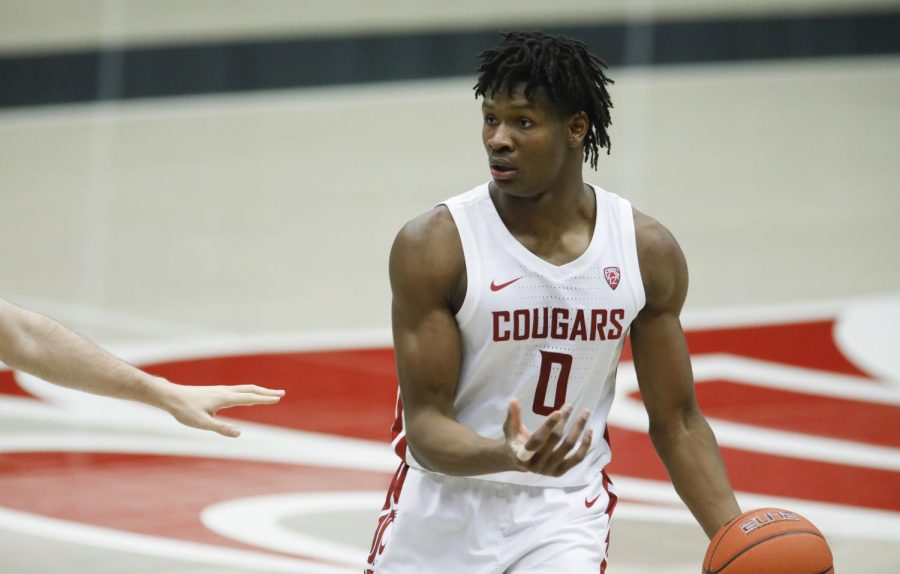 WSU men’s basketball put last week’s loss behind them as the Cougars (9-1, 2-1) defeated the California Golden Bears 71-60 for the team’s first road victory of the season.

Senior guard Isaac Bonton arguably had his best game of the season against Cal (5-7, 0-5). He finished with 22 points off 7-11 shooting, and he added six assists to his stat line as well.

This is the first back-to-back 20-point outings for Bonton this season, who said he’s certainly finding his rhythm on offense, but the team’s development on defense has helped him find the answer when scoring the ball.

“We’re building more chemistry as time goes on, but defensively right now is the key for us,” Bonton said. “Just being able to have that base, and building off that, it’s helping me get into my rhythm a little bit better.”

And for all the fans wondering about the free throw numbers, WSU excelled from the line against Cal as the team shot just over 78 percent, the second-highest percentage in a game this season.

“There [were] a lot of guys in the gym shooting free throws after that last one [against Arizona],” Bonton said. “I was confident in my guys; we were going to get that done.”

Freshman center Efe Abogidi had another great performance for WSU with 12 points against Cal, nine of which came from the three-point line. He was one rebound away from notching up another double-double on the season, but he remains one of the conference’s leading rebounders with his nine boards.

Markovetskyy almost had a double-double himself. He and the other WSU bigs came together nicely in the win, with all three WSU centers combining for 27 points. Abogidi said the extra help down low really helped the team get it done on the boards and come away with the win against Cal.

“Last game, we were short on bigs,” Abogidi said. “It’s really good to have another big body on the team.”

Coming into this game, it was questionable if Cal’s two leading scorers, junior guard Matt Bradley and senior forward Grant Anticevich, would play, with more doubt on Bradley’s participation. Once it was time for tip-off, Bradley was out and Anticevich was in.

Anticevich fouled out with 2:59 left in the game and he finished the night with nine points on 4-8 shooting.

In the starting lineup, the trio of Bonton, Abogidi, and freshman center Dishon Jackson put up the majority of WSU’s points in the first half. Off the bench, just two players scored points. One was junior forward Aljaz Kunc, who put up seven points himself.

As a whole, the Cougars played a solid first half, but the turnover numbers stuck out like a sore thumb for WSU. The Cougars gave up the ball 11 times in the first half alone, a new season-high.

WSU torched Cal with the rebounding numbers. The Cougars almost doubled the Golden Bears’ rebounds with 22 compared to Cal’s 12.

Once the second half started, the Cougars slowly started piecing together a consistent pace on offense. On top of that, WSU continued its dominance on the boards and turned the ball over just four times in the second half.

Sophomore guard Noah Williams, who went scoreless in the first half, evidently turned his game around in the second half with 11 points. WSU head coach Kyle Smith said his second-half turnaround is evidence of how Williams has grown as a player in his second year.

“He’s a competitor, he wants to do well, he played hard and he made some big plays for us,” Smith said.

The Cougars will remain on the road to finish out the week, but they won’t travel far as they are set to face the Stanford Cardinal at 2 p.m. Saturday in the Kaiser Permanente Arena in Santa Cruz, California. The game will air on the Pac-12 Network.