UCLA ranks top of conference; Huskies and Cal at bottom 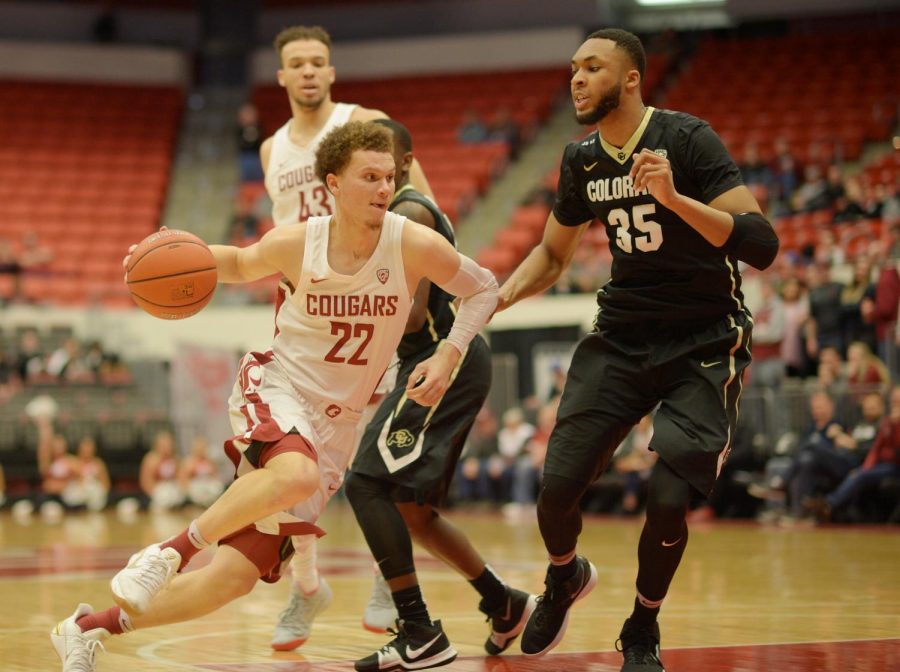 University of Colorado sits third in the rankings after an impressive sweep over Cal and Stanford.

Heading into the new year, the Pac-12 conference is seeing a shift in the powerhouses, with some newcomers at the top.

The UCLA Bruins sit atop the conference at 7-0, followed by No. 24 Southern California, No. 21 Oregon and Colorado.

Meanwhile, the California Golden Bears and Washington Huskies sit at the bottom of the Pac-12 with a combined record of 2-13 in conference play.

Here are my power rankings for the Pac-12 men’s basketball season after a few weeks of conference play.

The Bruins are undefeated in the conference, so they deserve the top spot in the conference in my books. The combination of redshirt junior forward Cody Riley and redshirt sophomore guard Tyger Campbell prove to be too much for the conference right now. UCLA looks as dangerous as ever, but their bad shooting days can prove to be costly, especially as Pac-12 play continues.

Just like their cross-town rival, the Trojans are also climbing to the top of the Pac-12, led by the Mobley brothers. Sophomore forward Isaiah Mobley and freshman forward Evan Mobley are the foundation of the Trojan offense and it really does flow through them. The one weakness for this team is that the offense is only focused on those two, and when one or both are out, it is bad news for USC. The Trojans are still a contender to win the conference, but no guarantees with this team.

The Buffaloes have a NET ranking that is in the top ten in the country, and this team is looking more and more dangerous as the season continues. Colorado swept both Stanford and California this weekend, with help from freshman forward Jabari Walker, who scored 23 points off the bench against California, and senior guard McKinley Wright IV, who had 14 points and eight assists against Stanford. The Buffaloes have a deep roster that could lead to a deep run in the Pac-12 tournament.

The Ducks are currently dealing with COVID-19 complications. Their recent homestand against Arizona and Arizona State has been postponed, and their upcoming game against UCLA is also postponed. Oregon last played on Jan. 9 against Utah, resulting in a 79-73 win on the road. Hopefully, the Ducks can solve their COVID issues so they can play games again.

The Wildcats are not playing in the postseason due to NCAA violations, but this team is still playing for a Pac-12 regular season title and they look good so far. Arizona beat down Oregon State this past weekend, led by freshman guard/forward Bennedict Mathurin scoring 31 points on 10 of 12 shooting, along with redshirt sophomore forward Jordan Brown scoring 25 points off the bench on 10 of 12 shooting. Arizona shot the roof off the place in an impressive shooting day and look to continue that next weekend.

The Cardinal had a bad weekend, losing by double digits twice against Utah and Colorado on the road trip. Stanford had a bad shooting day against Utah, with freshman forward Ziaire Williams and senior guard Daejon Davis combining for eight of 24 from the field. The shooting struggles continued against Colorado with Williams and senior forward Oscar da Silva combining for 14 of 29 shooting. Junior forward Jaiden Delaire shot five of 15 against Colorado as well. Stanford needs to recover after a bad shooting weekend.

The Cougars got swept by USC and UCLA this past weekend, but a close, back and forth game at the end of the week gives this team some momentum heading into their upcoming matchups. WSU got blown out by 30 against UCLA in what was a very disappointing shooting game, but a back-and-forth game against USC, which resulted in a loss, made the team seem a bit more promising for Cougar fans. WSU’s defense allowed 88 points on average, the most they have allowed on the season. The Cougars look to rebound after a disappointing weekend for them.

The Beavers split their games against Arizona and Arizona State, after getting blown out by the Wildcats and a last-second field goal win against the Sun Devils. After a bad shooting day from senior guard Ethan Thompson and sophomore guard Jarod Lucas against Arizona, they bounced back against Arizona State. Thompson shot six of 11 against the Sun Devils, scoring 17 points as well in their win, along with Lucas shooting four of six from behind the arc. The Beavers hope to carry that momentum into next week for their upcoming matchups.

The Utes started out strong, beating Stanford earlier in the weekend, but struggled against California in the second game of the weekend. A 22-point game by junior forward Timmy Allen proved to be too much for the Cardinal, along with some help from senior forward Alfonso Plummer and sophomore center Branden Carlson. Against California, Allen scored 26 on eight of 15 shooting, but without any help, they could not get past the Golden Bears. Utah needs to find someone other than Allen to help them win games.

After a long break due to COVID complications at their school, the Sun Devils seem to have lost their scoring efforts and pre-season hype. They lost on a last-second shot against Oregon State this past weekend with only eight players eligible to play due to COVID protocol. Senior guard Remy Martin shot three of 13 and could not hit a single three-point shot out of eight attempts. The Sun Devils hope to become fully healthy after the lack of players available right now.

The Golden Bears split their games this previous weekend, with a bad loss against Colorado, but a solid win against Utah on the road. Without junior guard Matt Bradley, California couldn’t find a consistent shooter against Colorado, with junior forward Andre Kelly leading the team in scoring with 16 points on six of seven shooting. Against Utah, the Golden Bears relied on senior forward Grant Anticevich who led the team in scoring with 14 points. California is still near the bottom of the list but looks to make some moves to go up.

The Huskies have not won a single conference game yet, and the shooting struggles continue for this very young Washington team. Washington got swept against UCLA and USC, but showed a lot of effort against UCLA, having a halftime lead of 10, but losing by five in the end. Senior guard Quade Green scored 25 against UCLA, but it seems the team cannot do anything else and is very dependent on Green. The rebuild for the Huskies begins.