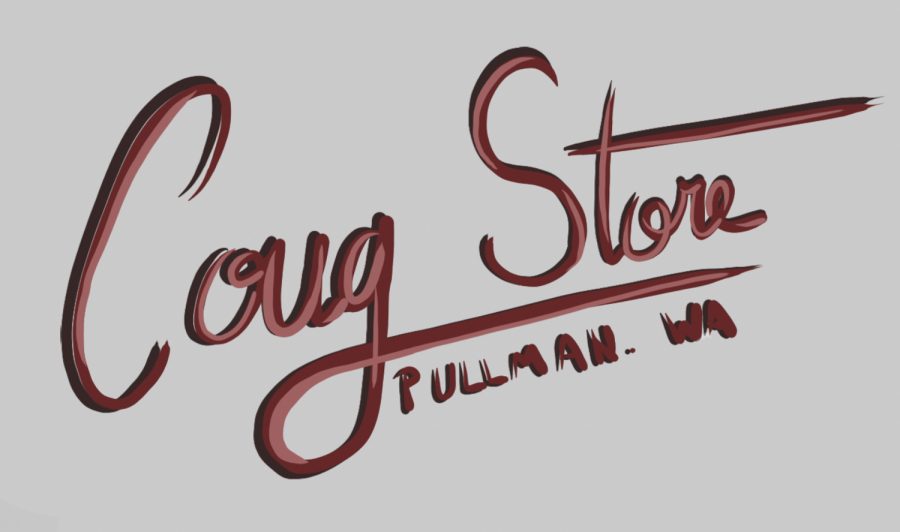 The Coug Store recently closed their physical location and switched to an all-online store.

The student-run store made a lot of their sales during events, such as football weekends, parents’ weekends and graduation, said store owner Tony Poston.

When the pandemic hit, the store lost a lot of their sales because of the cancellation of these events, as well as the students and student employees going home, he said.

“It was a huge hit for us, not having those weekends and not having a full population of students here,” Poston said. “We didn’t have them, which is such a big part of our store.”

The online sales continued to run smoothly, so the store is currently operating all online, he said. Black Friday and Cyber Monday were huge days for the store.

“While it didn’t make up for the lost revenue and being without football, it did … a lot better than we could have anticipated,” he said.

The store didn’t immediately switch to online shopping after the pandemic started though, said store manager Olivia O’Brien. While Pullman was in Phase 3, people were still able to come into the store and shop.

O’Brien ended up running everything by herself online once the store shut down during the summer, she said.

There are usually four other employees working at the store, she said. O’Brien usually works alone, but there are a few interns who will help occasionally.

“My main focus is shipping everything out,” she said. “Tony helps quite a bit when I am home for the holidays.”

There is a benefit to having a physical location, but the store was able to figure out its potential to be successful and increase sales online, O’Brien said.

“I think we’ve made great improvements just with having to navigate online,” she said. “Now we’ve taken a more focused look at areas that we really need to improve on.”

Poston said he thinks the store could reopen if there is a space available on College Hill. The special events hosted on campus bring an amazing atmosphere to the store.

If the store were to reopen in-person shopping again, employees would like to hold events they have done in the past, such as hosting former WSU athletes for autograph signings, he said.

“If we did that, we would want to be back up on campus if we opened a store again,” he said.

O’Brien said she hopes the store opens up again. She misses the students and alumni that would visit on game days.

“One of the main perks of having our store right there on Colorado Street was just being right there in the thick of it,” she said.