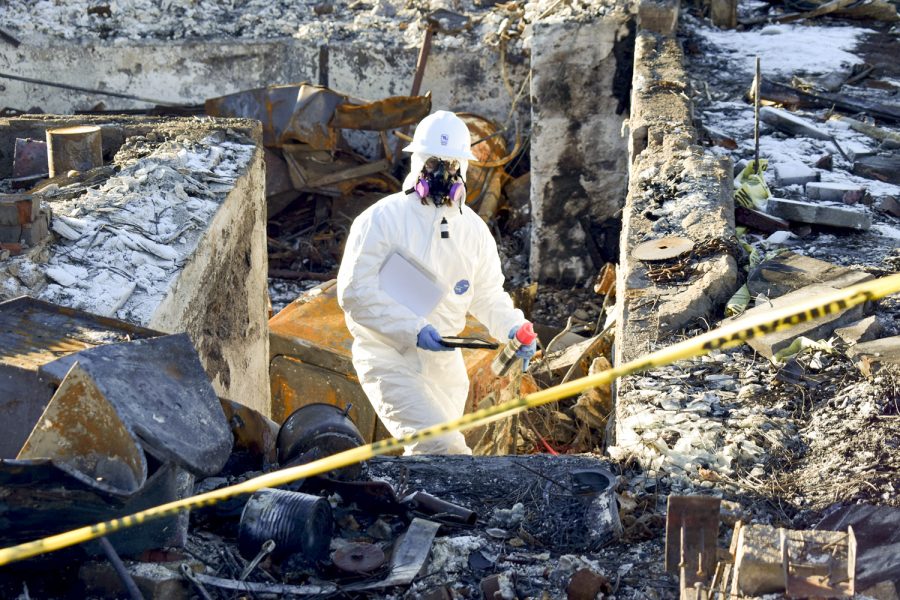 During Labor Day weekend, the Babb Road Fire destroyed more than 80 percent of the city of Malden. Over 100 homes were destroyed, and only 24 homes survived the fire.

As President Joe Biden begins his first few days in office, one city in Washington eagerly awaits the financial assistance that has been sitting on former President Donald Trump’s desk since September.

During Labor Day weekend, the Babb Road Fire destroyed more than 80 percent of the city of Malden. Over 100 homes were destroyed, said Malden Mayor Dan Harwood. About 24 homes survived the fire, and most of the community buildings were burnt, including the fire station.

Since then, the town has remained strong and hopeful that the Federal Emergency Management Agency grant they were approved for would be signed by Trump, said Malden councilmember Scott Hokonson.

Last week, Harwood and Hokonson met with Gov. Jay Inslee to discuss what will happen with the grant after the inauguration. Harwood said they do not have to reapply for FEMA, and Inslee will continue working with them on receiving aid.

“The frustrating part about this is the state of California and the state of Oregon suffered fires on the same day,” Harwood said. “Nine days after they made their application, they were approved.”

Hokonson said many politicians have hinted the reasoning behind Trump’s delay is because of his personal grudge against Inslee.

Since the assessment from FEMA has been sitting on the president’s desk for so long, many Malden residents are hopeful Biden can address their needs quickly, Hokonson said.

For Malden residents to receive other resources, such as loans from the Small Business Administration who offer disaster loans to homeowners, the president just needs to respond to those resource requests. Malden has been stuck waiting since September, Harwood said.

“We have been waiting all this time for the assistance that can truly benefit our residents, and you know, a decision has to be made,” he said.

Whitman County was also the only county in Washington to qualify for individual assistance for affected residents, Harwood said.

Hokonson said the criteria to qualify is a percentage of homes lost in the area on top of a monetary amount of damages, which Whitman County easily met.

Some Malden residents have been living in RVs or are spread out across the country to live with friends and family because many did not have insurance or enough insurance to cover their total loss, he said.

Residents can qualify for up to $200,000 in loans from the SBA regardless of credit score, he said.

“You know, these folks are tough,” Harwood said, “and this has knocked them down.”

While waiting on Trump has been frustrating, the outpour of help from everyone else has been tremendous, he said.

The community center gives residents a lot of hope, Harwood said. Malden councilmembers and residents are still planning on what the center will house. This might include a food bank since the fire destroyed the previous facility.

Hokonson said the community center might house a library, which was the most popular community building before the fire.

“The library was one of the biggest parts of the community,” he said. “Having it back would mean that we’re coming back.”