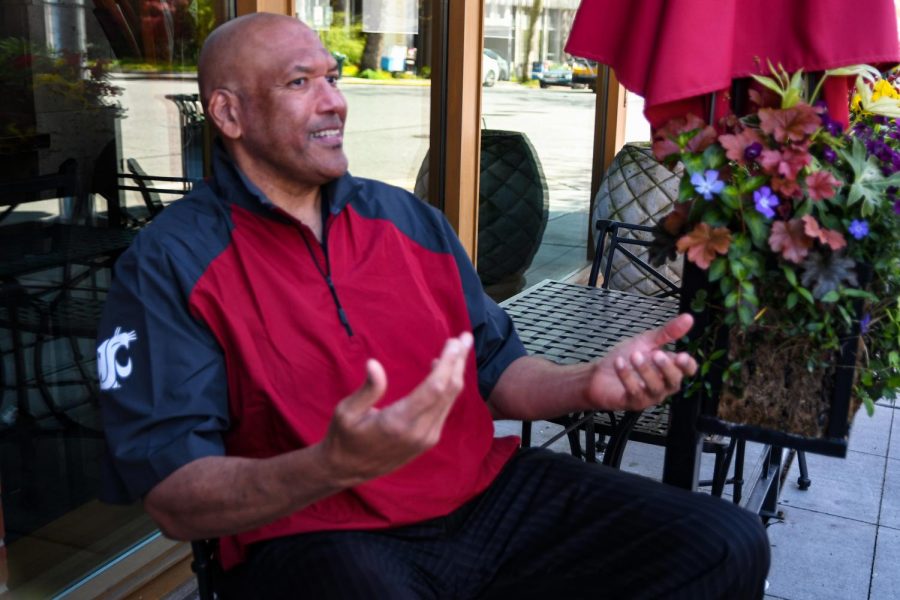 Donaldson said he wanted to show people that no matter how dark one's situation gets, it will always get better.

Donaldson played for the Seattle SuperSonics, the San Diego/Los Angeles Clippers, Dallas Mavericks and the New York Knicks after graduating from WSU in 1979.

“I really took to Washington State and to Pullman, Washington, like a duck to water,” Donaldson said.

He lived in Pullman for the entirety of his college career, working and training during the summers. Donaldson said he enjoyed living in a small college town and has nothing but positive memories from his time in Pullman.

After graduating and retiring from the NBA, Donaldson started his own business, The Donaldson Clinic, an orthopedic physical therapy clinic that ran for 28 years, he said.

“I started [the business] after a real serious knee injury during my NBA playing days and decided that’s the business I wanted to go into,” Donaldson said.

Things were going well for Donaldson, but an emergency open-heart surgery in January 2015 quickly upended his life, he said.

“The rest of the year, I was essentially flat on my back. In 2016, I had a follow-up operation on my heart, and again that put me down for several months trying to recover from that,” Donaldson said.

Soon after his second heart surgery, Donaldson’s mother passed away. He went through a divorce and had to pull the plug on his physical therapy clinic because he could not financially support it, he said.

“One thing after another after another within the space of 12 or 18 months, and it just became too much to bear,” Donaldson said.

Donaldson said these events sent him into a deep depression, causing him to experience anxiety and suicidal ideation. He felt that no one cared for him or would miss him if he was gone.

“It was a very dark and lonely journey for 12 months … but after a year I was finally back to my old self again and able to come out and tell my story,” he said.

Donaldson wrote a book about his experience, called “Celebrating Your Gift of Life: From the Verge of Suicide to a Life of Purpose and Joy,” which was recently published.

Donaldson said he wanted to show people that no matter how dark one’s situation gets, it will always get better, and surrounding yourself with loved ones is important

Along with his book, Donaldson created a non-profit organization dedicated to helping those who have suffered from those same feelings of hopelessness, he said.

Chuck Wright, non-profit collaborator and Donaldson’s friend, also battled with mental health struggles of his own. Wright said he is passionate about helping Donaldson share his story.

Wright has a certification in traumatic stress and was a first responder during 9/11. Donaldson and Wright became friends soon after 9/11 because of their shared interest in helping others.

“I started talking to James about having a mental health person in his clinic to help people who were traumatized by accidents or physical illness,” Wright said. “He liked the idea, and then he said ‘yes we’ll take you on as a consultant.’”

There is a stigma surrounding athletes and politicians; society thinks they do not have human emotions like depression and anxiety, Wright said.

Wright said he wants people to recognize that they are human beings, and human beings have problems.

“When you’re in that deep dark place, it seems like the end of the world, but it really isn’t. It just takes time; it takes medical help,” Donaldson said.

Donaldson said his book is available on his website. It will also be available at Barnes & Noble and Amazon within the next few weeks.