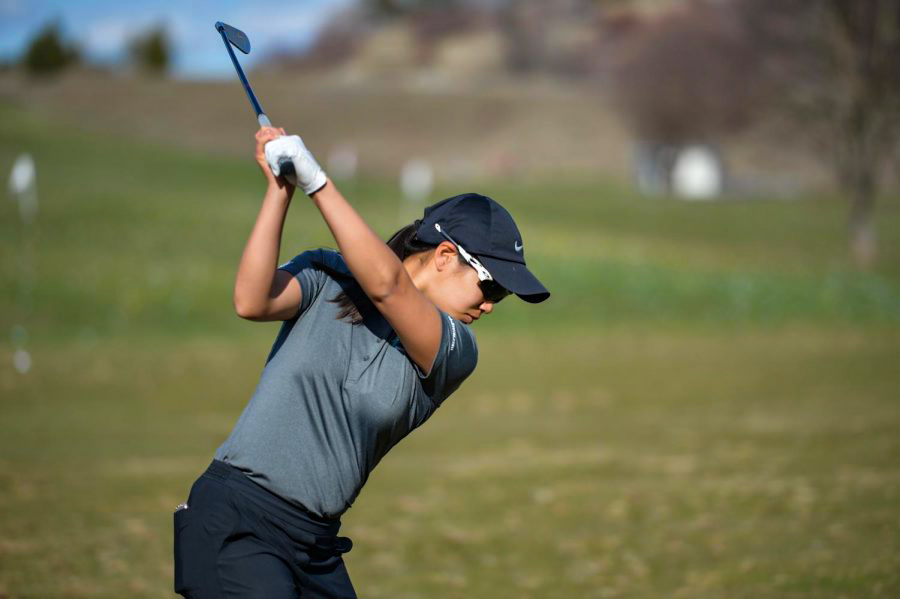 Sophomore Amy Chu gets set for the upcoming spring 2021 schedule.

“We look forward to starting our season in a few weeks,” Kamimura said. “Our 2021 schedule is very competitive, and we look forward to competing on a mix of West Coast golf courses against schools from all across the country. The players have worked hard over the last year and they are excited to compete together as a team.”

The season will tee off with the ninth annual Lamkin Invitational hosted by San Diego State University. The tournament will take place Feb. 8 and 9.

The following week, WSU will head to Scottsdale, Arizona to take part in the Sun Devil Winter Classic hosted by Arizona State University, before taking a couple of weeks off.

Once again, the Cougars will get a break before the ASU Ping Invitational hosted by the Arizona State Sun Devils and the Silverado Showdown hosted by University of Oregon in Napa, California, over consecutive weeks.

The season will wrap up April 23-25 at the Pac-12 Championships in Stanford, California.

The Cougars have six returning golfers from the 2020 season, including fifth-year senior Marie Lund-Hansen, who picked up her first career victory with a title shared with teammate Amy Chu at the Meadow Club Collegiate in 2020.

WSU will also be welcoming two new golfers to the team in the spring. Transfer junior Jessie Lin and freshman Jinyu Wu will be looking to make a splash in their Cougar debuts in 2021.