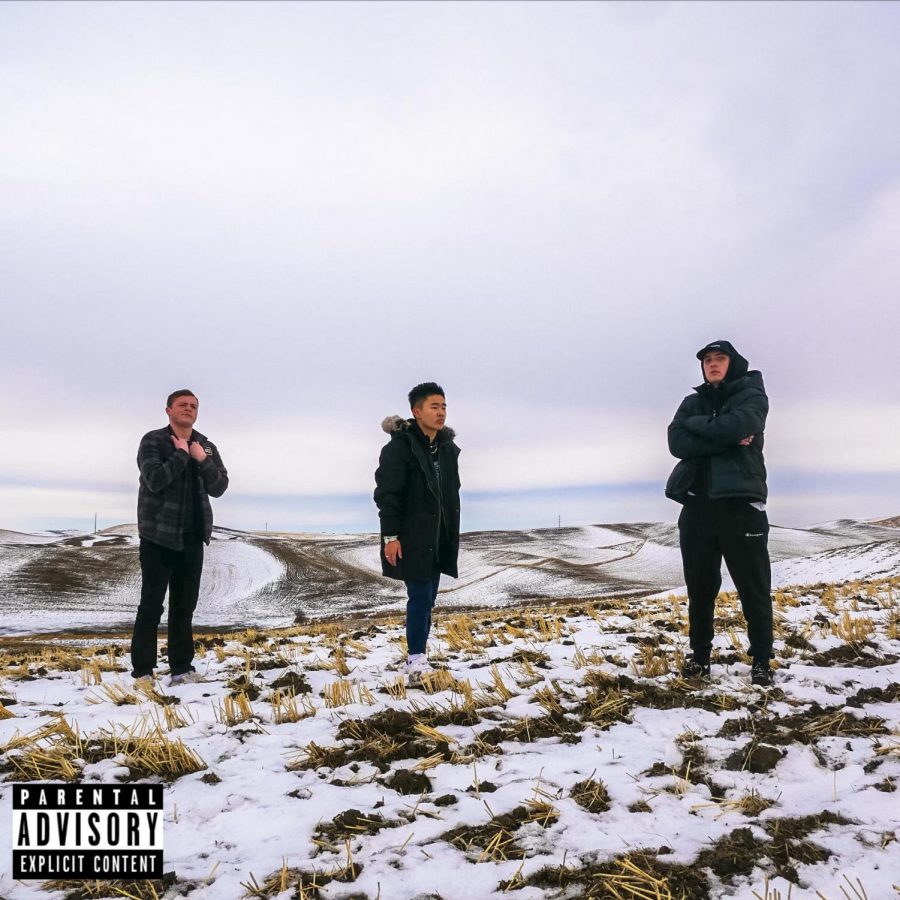 COURTESY OF THE PULLMAN COLLECTIVE

Pullman, Washington, is a place filled with the true college experience.

The Pullman Collective, a new band on the Palouse, writes about their experiences living in Pullman and going to school at WSU. Their music ranges from talking about the beautiful sunsets at Beasley Coliseum, and the lovesick feeling after a football game or a big event.

The four 20-year-olds in the group, Zachary Settle, Sam Coulon, Vasili Varlamos and John Glenn, all decided to collaborate on music as a group. Settle, Coulon and Varlamos are the main singers and rappers of the group, and Glenn is the main producer of the group.

“I thought that if we actually really tried to make an album, we can make it really good, and so that was the whole plan: to make an album for and about Pullman,” Settle said. “It was about a year ago that we recorded the only song where we were able to be all together.”

“DO OR DIE” was recorded in person, in Settle’s bedroom. This was the only song they were able to produce together because of the pandemic.

The group members used as many experiences from WSU as they could to give the songs their own shape. “LOVESICK,” the most-streamed song on the album, gives a feeling of chill but quiet sadness after a big event, the band members said.

“I was singing it and trying to find meaning in a world that seems to make you feel meaningless in a relationship,” Varlamos said.

“LOVESICK” is simplistic, consisting of guitar, drums and bass. Simplicity is good for songs like this. Just a super simple song, but the artist’s voice becomes so much more present, Glenn said.

“Glenn sent me that beat, and I was about to get in the shower, funny enough, and so I literally was making up a hook in the shower,” Settle said. “It is pretty funny, I mean that song is kind of chill. Once we had made it, we knew people might like it.”

The song is the most marketable on the album and gives off the exact feeling they wanted to capture, Coulon said.

“It really creates that feeling within the Pullman experience after an event and you go somewhere, but it’s just a little off,” Coulon said.

The group also highlighted “GOLDEN,” the fifth most popular song on The Pullman Collective’s Spotify.

Varlamos was on his porch writing some lyrics and wanted to create the feeling of uplifting someone in any situation they are in.

“The way I was living my life hurt me in a lot of situations,” Varlamos said. “There’s a lot of things that I was doing for people and things they weren’t doing for me, but sometimes when no one else will, you got to uplift yourself.”

After the group members bounced it around to each other, Varlamos uttered the words, “I’m good, I’m good, I’m golden.” A phrase that resonated with Settle to help craft the rest of the song.

“I felt that I could have given more to the song. I personally think my part lacked a bit in comparison, but the other guys made the song great,” Coulon said. “‘Golden’ is definitely one of the gems on the album.”

Some of the music The Pullman Collective produces derives from Black culture, Varlamos said.

“We are 100 percent guests in this music. I just enjoy it, I wouldn’t even consider myself a rapper. I just enjoy this type of music. The easiest way that it comes to me is through hip-hop beats — that’s what I grew up on,” Varlamos said. “I grew up listening to hip hop and R&B.”

Hip hop, and the band’s style of music, is most prominent in their college days, said Coulon. Most college kids jam out to hip hop and rap, and the band’s goal is to share the experience everyone is feeling.

“I think that’s also where we’ve all started and kind of progressed. Being in college was actually kind of just perfect, it all came together because we already been doing these types of sounds but the music really kind of mimics our experience here as well,” Coulon said.

The “LOVESICK” singers said they miss live shows and hope that soon the pandemic will change soon so live performances can resume. The band also teased a new album in the works for fans to look forward to.

For the band, the goal of this project was to simply finish and release the album. According to the members, this album was some of the most fun they had ever making music and they hope to continue with the group.