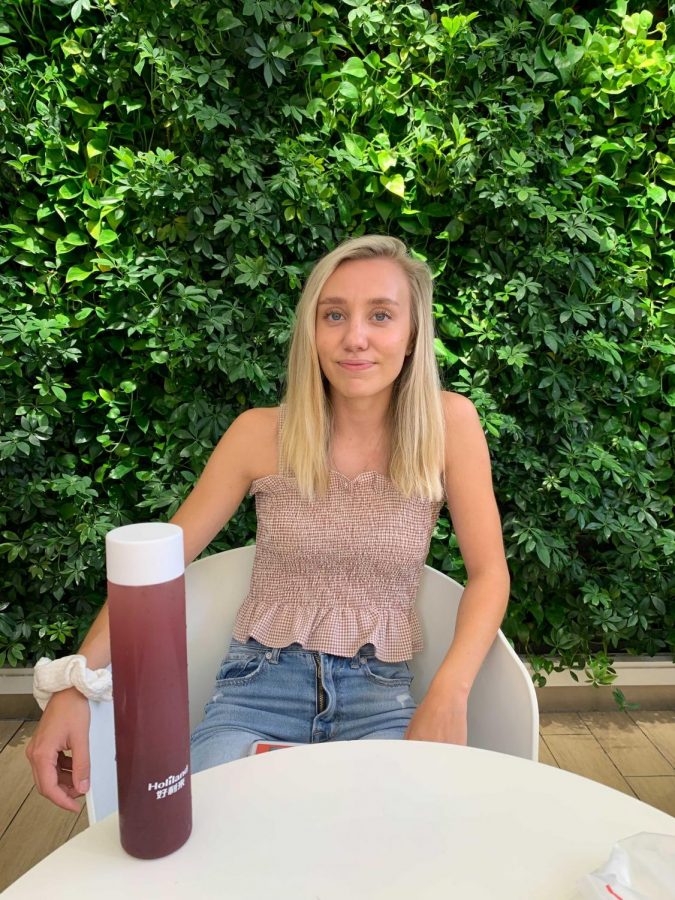 Sandi Kobiesa's number one goal in life is to travel. This picture was taken while exploring China.

Growing up, I always knew I was going to college. I had no idea what I was doing, but I knew that it’d happen.

When I got accepted into WSU, my original plan was to study English. Three weeks into the semester, I switched to nursing. A year into nursing school, I made the tough decision to drop out. The program was rigorous, and honestly too competitive for me.

For a few months, I was bouncing around ideas, until I finally settled with actuarial science of mathematics and statistics. Boy, is that a tough degree. It’s quite the opposite of English; all I do is stare at numbers and do calculations.

While studying mathematics, I found that I was missing something from my life. That’s when I realized I missed English and writing. That same day, I saw a position open up for a copy editor at the Daily Evergreen. I jumped at the chance to be involved with one of my biggest passions. While copy editing, I also became a reporter for Roots and got to write more and more, growing my passion for writing.

After one semester of copy editing and reporting, I applied to be an editor for Mint. It was nerve-racking; who wants a math major to be running a newspaper section? Well, I must have known what I was doing, because I was offered the position.

I wanted to bring the joy to others that I feel when I get to write. My main goal for Mint is to bring light to new things happening in Pullman and the Palouse. There is so much happening in the community that not everyone knows about.

Mint’s focus has been on art and culture, and I love that and want to continue spreading that to the people, but I also want to include more of a musical aspect. We will be running a monthly column on the reporters’ favorite song of the month and why they chose said song.

I have also started a weekly plant column, which is another one of my hobbies. With that column, I found that I can bring light to almost anything, and that’s my plan for Mint. Spread the love, help out the people, and learn more about the community.