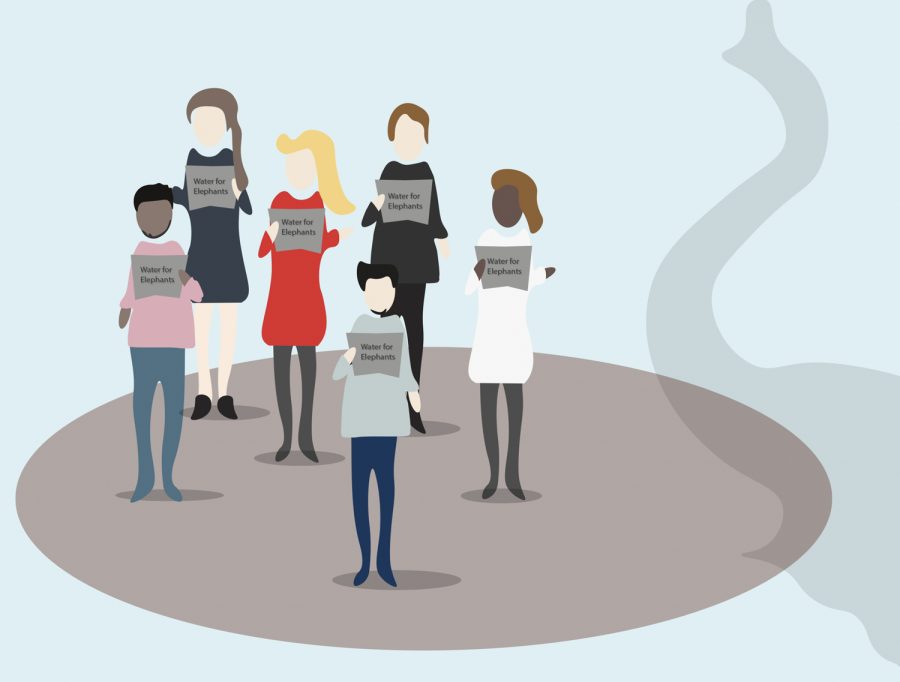 Public services librarian Sarah Phelan-Blamires-Blamires said she finds reading both relaxing and good for her mental health during the isolating times of the pandemic.

Before the coronavirus pandemic, the Colfax Book Club huddled in a small technology room to discuss the month’s chosen reading. Now, the group adapted to share their literary opinions through a virtual format.

Sarah Phelan-Blamires, public services librarian for Whitman County Library, wanted to revamp the Colfax Library’s book club about two years ago. Other branches in the county had similar programs, she said.

Now, the book club meets on Zoom at 5:30 p.m. on the last Monday of every month, Phelan-Blamires said.

It is difficult to transition to an online space because people expressed burnout from sitting in front of a computer for work, talking to family and book club, she said.

Phelan-Blamires chose Zoom because it was the safest option and members were familiar with the platform, she said. While using Zoom for book club was less than ideal, members wanted to continue to meet.

“I think the book club is especially important right now,” she said. “It gives people social interaction while they’re isolating.

Phelan-Blamires said she finds reading both relaxing and good for her mental health.

According to one study, circuits and signals in the brain are activated while reading, and with practice, they start to strengthen.

Phelan-Blamires said Whitman County Library owns a collection of “book clubs in a box” anyone can check out. Each one has between four and eight copies of the same book, discussion questions and sometimes audiobooks.

People of all ages, and even locations, log into Zoom for Colfax Book Club meetings, including women from California and Oregon, she said.

The group chooses one book each month. Phelan-Blamires said she provides options, but ultimately the book club votes on which one to read.

Members can watch the movie version of the book instead, Phelan-Blamires said. If someone prefers to just attend meetings without reading the selected book, they are still welcome to join.

Book club picks a range of books in each genre every month, she said. Every attendee has their own taste, such as historical fiction, nonfiction, humor, and more.

While Phelan-Blamires could not settle on one book club pick, she said “The 7½ Deaths of Evelyn Hardcastle” grabbed her attention. The time travel murder mystery follows the main character as she only has eight days to find the killer. The kicker — the character is stuck on repeat like in the movie “Groundhog Day.”

Another favorite is “Educated,” Phelan-Blamires said. This memoir documents Tara Westover’s journey out of a survivalist family who forbade her to go to school or even to the doctor. She taught herself enough to attend college at Brigham Young University, and then Harvard and Cambridge.

In February, the book club will read “Where the Crawdads Sing” by Delia Owens, Phelan-Blamires said.

Those interested can email Phelan-Blamires at [email protected] for the book club Zoom link.

“It is nice being able to hear so many different points of view,” Phelan-Blamires said. “Someone will be like, ‘Oh, this is how it ties in historically,’ and someone else will have an insight on the writing.”