UW Indoor Preview will be first of three meets versus Huskies 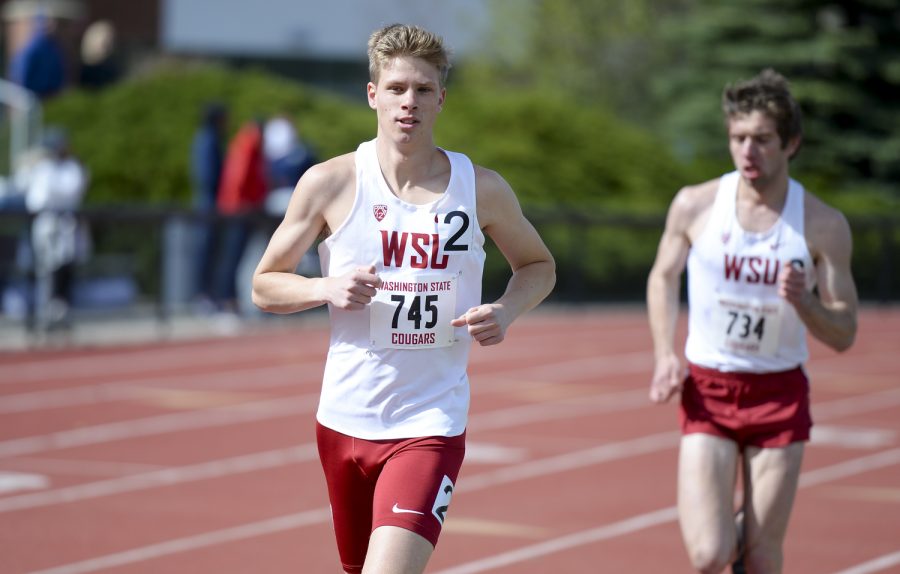 WSU track and field will play at Dempsey Indoor Center on Friday and Saturday.

The WSU track and field team commences their indoor season on Friday in Seattle, as the track team becomes the most recent sport to start competition during the COVID-19 pandemic.

The Pac-12 Conference released its schedule early this week. The WSU program will be traveling as far away as Arkansas.

The team will take a six-hour bus ride to the University of Washington to start the season. Here, athletes will be competing in the UW Indoor Preview at Dempsey Indoor Center. The meet will last all day Friday and Saturday.

This is the first meet of the indoor season, which has been trimmed down because of the pandemic.

Last season, the team competed in two meets before the UW Indoor Preview. However, since the season has been shortened, the Cougars will miss out on the out-of-conference play they usually have to start the year.

The track and field season is starting more than a month late. In the 2019-20 season, the team’s first meet was hosted by Boise State on Dec. 14 in the infamous Jackson’s Open.

WSU faced tough competition at the UW Indoor Preview in years past, as the meet is usually one of the largest in the nation due to the elegance of the 80,000-square foot indoor facility that features a 307-meter track and a full 100-yard field turf.

In previous years, competition has come from within the Pac-12 conference, as well as Eastern Washington, Fresno State and Weber State University in Utah.

However, this year the event will not be as grand. The only schools competing in the meet this time around will be UW, WSU and the Brigham Young University women’s team.

WSU performed well at the meet in 2020, as juniors Zorana and Jelena Grujic finished in the top ten in the 800-meter women’s race. Both racers finished with a time under two minutes and fifteen seconds. In addition, redshirt junior Colton Johnsen placed first in the men’s 3,000-meter, with a time of just over eight minutes.

After the UW Indoor Preview, the Cougars will travel to Arkansas on Feb. 5 for the Arkansas Qualifier in Fayetteville, Arkansas. There, they will take on the Razorbacks in an all-day meet.

A week later the team will be back on the purple track inside Dempsey Indoor Center for the UW Invitational. As of now, the conference schedule indicates it will be a classic face-off between Huskies and Cougs.

After spending all day in Seattle on Feb. 12-13, the team will be at the Matador Qualifier, hosted by the Texas Tech Red Raiders, in Lubbock, Texas.

WSU will make one more two-day trip to Seattle on Feb. 26-27 for the annual Husky Classic, which will wrap up the regular season for the Cougs.

Indoor competitions for both the Pac-12 conference and entire NCAA will run from March until the middle of May.

As with all sports in this difficult time, the schedule is subject to change. However, the team is happy they get a chance to compete this year.

More information on the team and schedules can be found on the WSU Athletics website.