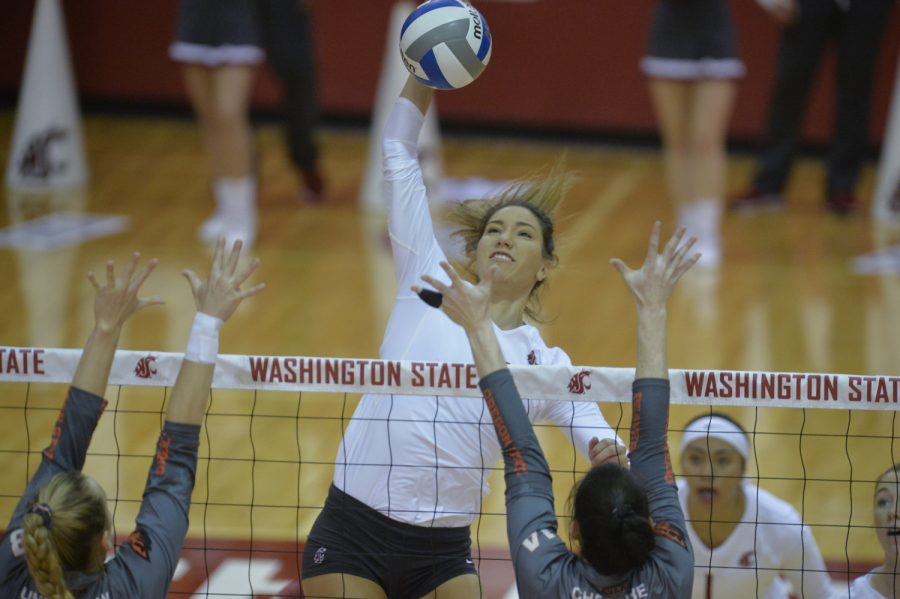 WSU women’s volleyball will travel to Tempe, Arizona, to take on the Arizona State University Sun Devils this Thursday and Saturday.

Last week the Cougars played Oregon twice in Pullman, as they won the first match 3-1 but lost the second 3-2.

This will only be the team’s second opponent of the season due to COVID-19, as the season was pushed to the spring rather than the typical fall season.

WSU looks to lean on sophomore opposite Alexcis Lusby, senior outside hitter Penny Tusa, and redshirt sophomore setter Hannah Pukis. All three started in sets last year and proved to be important players on the court for the Cougars.

The Sun Devils (1-1) are coming off of a series against the University of Washington. The Devils won the first match 3-0 and lost the second 3-1.

ASU freshman Ella Snyder had 37 assists and 29 digs against the Huskies, making her the first Sun Devil to have a double-double with two 20-plus statistics since 2018.

Sun Devil outside hitters, sophomore Iman Isanovic and freshman Marta Levinska, both continue to rack up kills, as Levinska had 13 kills and 10 digs in her first career double-double. Isanovic also had 16 kills and a career-high of three aces.

The Cougars look to make a fifth straight NCAA tournament appearance, which is something that has not been done since head coach Jen Greeny was a player for the Cougars.

WSU volleyball’s first match against the Sun Devils will be at 11 a.m. Thursday, Jan. 28, and can be watched through the WSU athletics website.