Cougars to play 24 road games before hosting Stanford in April 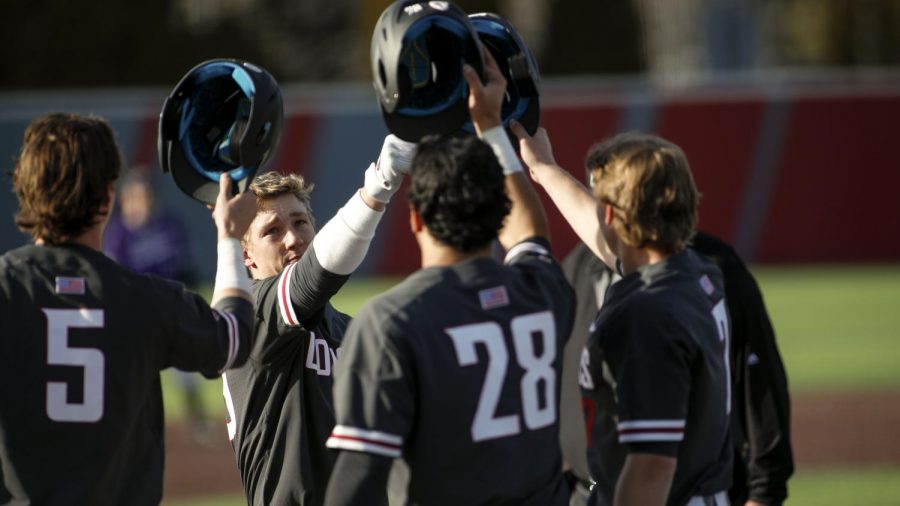 The Cougars will start their season on Feb. 19 against UC Davis.

The WSU baseball team announced their baseball schedule for the 2021 season on Friday.

The campaign will begin on Feb. 19-21 with a four-game series against UC Davis in California. The following weekend, the Cougars head to Utah to face Dixie State before going to the west coast of Washington on back-to-back weekends with a series against Seattle, then a split series with the Redhawks and Huskies. These meetings with the Huskies will not count towards their Pac-12 record.

The following weekend, WSU goes to Oregon to face Portland in one game before opening Pac-12 play on the same trip against Oregon State.

After two more road series, the Cougars will finally get their home opener on April 1 against Stanford, their 25th game of the 2021 season. That makes it nearly two full months before WSU gets a home game in the newly-renovated Bailey-Brayton Field.

Outside of the conference, WSU will also face UNLV, Gonzaga and Utah Valley on the road. They also host Gonzaga, Seattle and Portland, and they have a yet-to-be-announced series in the second half of the season.

WSU will host the top team from last year’s abbreviated season when UCLA comes to Pullman from May 7-9. The season will conclude May 27-29 with a three-game series against UW at home.