Third-year vaccinated about 200 healthcare workers, plans to volunteer at Spokane Arena next 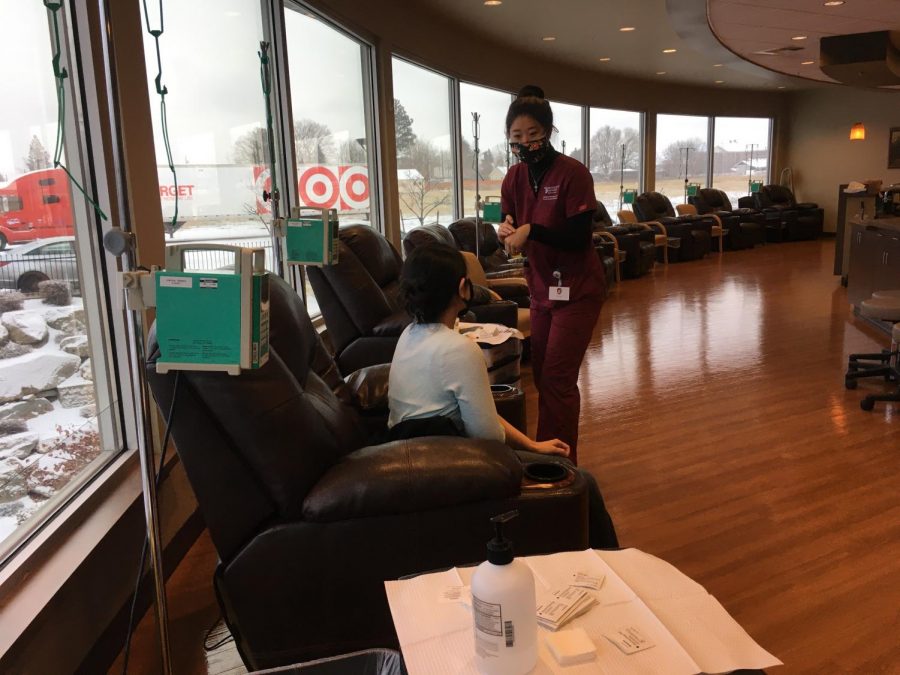 Crystal Lewis volunteers at a vaccination clinic in Spokane, Washington. Lewis is interested in pursuing medication research or drug investigation after she completes her pharmacy degree.

Although classes for WSU pharmacy students are mostly online, some students started volunteering to administer COVID-19 vaccinations in Spokane.

Crystal Lewis, third-year pharmacy student, helped vaccinate about 200 people during her first volunteer event at the Summit Cancer Care Center. For the eight-hour shift, the majority of recipients were healthcare workers, she said.

About 50 other students have volunteered so far in locations around the state, including Seattle and Yakima, Lewis said. Volunteers must be immunization certified.

Lewis, born and raised in Tacoma, Washington, graduated from Western Washington University in 2018 with a bachelor’s in biology with molecular and cell emphasis, she said.

Lewis was accepted into the WSU College of Pharmacy and Pharmaceutical Sciences that same year, she said.

She became involved in student organizations, like the pharmacy professional fraternity Kappa Psi and the Student National Pharmaceutical Association.

Shannon Patterson, third-year pharmacy student in Spokane, met Lewis through participating in the same groups, like student ambassadors and the American Pharmacists Association.

Patterson stepped into the APhA Academy of Student Pharmacists Operation Immunization chair position about two and a half years ago. There was no way of knowing her role would be critical in organizing mass COVID-19 vaccinations, she said.

Lewis said patients check-in at the front desk, fill out paperwork and receive their vaccination card if they have not gotten one yet. Volunteering at the vaccination clinics allowed Lewis and her classmates to catch up for the first time since last March.

“It was powerful to see everyone come together,” Patterson said.

As an undergraduate student, Lewis did not know which medical path to pursue. When she shadowed her aunt, a hospital pharmacy technician, she spoke to oncology pharmacists and a drug investigator.

“That’s what opened my eyes. Because at that point, I didn’t realize that I could do something else,” Lewis said. “I didn’t have to be a pharmacist with my degree. I think that’s really what pushed me and solidified my decision.”

She said the entirety of her classes are online. However, next semester Lewis will begin clinical rotations.

“In all honesty, it’s been a real struggle because I learn best in-person with my peers and being able to ask them questions on the side to get immediate answers without having to disrupt the entire class,” Lewis said.

Clinical rotations allow medical students to gain experience outside the classroom with no traditional testing, Lewis said. She requested her preferred location out of several options, such as Spokane, Seattle, Tacoma or Vancouver.

Once students are placed, they spend six-week blocks of time at pharmacies and hospitals for 40 hours a week, she said. WSU does not offer stipends for clinical students.

Pharmacy students can pursue a range of careers after graduation without being limited to community pharmacy, Lewis said. She is interested in medication research or drug investigation for the CDC.

“Pharmacy has a big teaching perspective because we get to counsel the patients one-on-one about their medication,” Lewis said. “I love being accessible.”