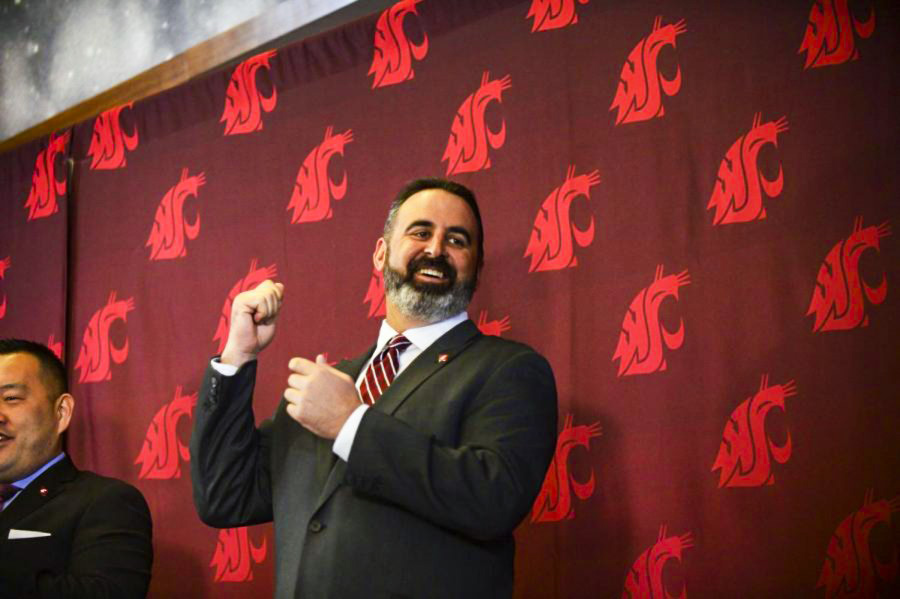 Head coach Nick Rolovich spoke in a press conference on Wednesday to talk about his new players and the process of bringing them to WSU.

The Cougars have a total of 23 new signees. Nineteen members of the new class were signed on early national signing day on Dec. 16, 2020.

Guarantano spent five years with the Tennessee Volunteers, with his first being his redshirt season. The 6’4”, 213-pound quarterback started in 32 of his 41 games during his time in Knoxville, throwing for 6,174 yards, 38 touchdowns and 17 interceptions.

Guarantano was a 4-star quarterback coming out of high school in Lodi, New Jersey, and with his multiple years of starting experience in the SEC, it’s safe to say that he will make a big impact in the Cougars’ quarterback competition.

“I thought what Jarrett was looking for and the opportunity here really matched,” Rolovich said about Guarantano.

Jackson is a transfer student from Michigan State. The defensive back was a Spartan for three years, one of which was a redshirt year. The Detroit-born athlete didn’t see much field time in his two seasons, appearing in just nine games, two as a starter. Jackson also had some special teams experience during his time in the green and white.

Jackson attended high school in Marietta, Georgia, and was rated a 3-star recruit in his time there. ESPN.com named him the No. 38 cornerback prospect in the country. The 6’0”, 200 pounder also ran track and played basketball, according to WSU athletics.

“I think he’s a really good person; I’ve enjoyed getting to know him,” Rolovich said about Jackson. “He knows how to work, he’s excited to be here, so I think it’s a good match.”

Wilson has been an integral part of the TCU football team ever since his freshman year in 2018. The linebacker played in 29 games as a Horn Frog, and although only 1 start, has seen significant time on defense and special teams.

Wilson, from Lake Tapps, Washington, shined at Sumner High School, and was named a three-time first-team linebacker. His senior year, he was named All-State by the Tacoma News Tribune and Seattle Times with 141 tackles, 11 of which were for a loss, according to WSU athletics. He was also dominant on both sides of the ball, as he rushed for 1,259 yards and 20 touchdowns.

“We were somewhat out of whack at the linebacker position in terms of classes,” Rolovich said about the team’s current linebacker situation. “We wanted to get some young guys into the system … Ben’s coming in with a few years left.”

Nunnally is the only player out of the new signee class that is coming out of high school, as the 6’3”, 195-pound wide receiver is coming out of Cardinal Newman High School in Santa Rosa, California. He was rated a 3-star recruit and ranked the No. 68 prospect in California by 247Sports.com, according to WSU athletics.

Nunnally’s big stature should work well in Rolovich’s run and shoot offense. The young receiver will be a key to watch through spring ball and throughout his first season.

Of the 23 new additions, nine are currently enrolled at WSU for the spring 2021 semester. The others plan on enrolling at WSU in the fall semester of 2021. Of the four new signees, only Nunnally is not currently enrolled.

The signing period, which started on Feb. 3, will last until Aug. 31, giving Rolovich and his staff almost seven months to add more signees to their 2021 roster.