OPINION: Japanese is easier to learn than French

WSU students argue which language is less difficult to learn, according to experience 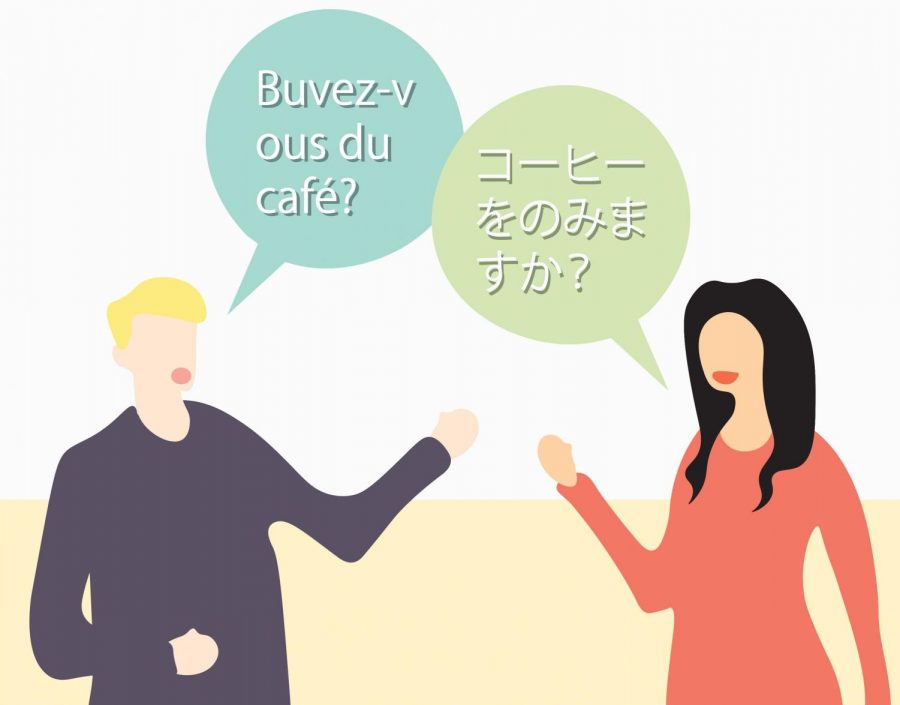 Japanese and French are challenging to learn in different ways.

I took three years of French before college and one semester of Chinese in college. After deciding the tonal nature of Chinese, although beautiful, was too much for me, I began taking Japanese. I am now in my fourth semester.

I always thought French enunciation was a little wild since there would be so many vowels I may or may not actually have to pronounce when speaking. The way words were said, much like English, didn’t seem to be all that consistent.

Japanese feels much more simple in that regard, even if reading kanji (adopted logographic Chinese characters used in the Japanese writing system) still gives me a headache. I feel like once you know hiragana (Japanese syllabary), you can pronounce almost any Japanese word recognizably.

It may not be perfect, but someone who knows the language can probably tell what I mean. On the other hand, I don’t feel the same way about French.

I know that my opinion, that speaking Japanese is easier than French, is probably not a common one among American students. Asian languages are notorious for being perceived as difficult to learn.

Now, that isn’t to say Japanese is an easy language as it has harder portions, but the difficulty of speaking it could be worse.

Alexandra King, senior electrical engineering major, has been studying French since high school and continued to study the language in college.

King said the most difficult part of learning French would be the lack of practice we get in the Pacific Northwest, due to the lack of French-speaking communities nearby.

In terms of the language itself, King said pronunciation and context clues can be a challenge.

“It’s a steep learning curve,” King said, “A lot of things sound the same, so you really need to approach it with a critical thinking mindset.”

King said it can be difficult when vowels in French are dropped depending on whether it is a verb or an adverb, especially in the beginning.

Practice makes perfect. King said she does think pronunciation would be easier in a language that is more consistent, but as English and French both can vary greatly, she isn’t really sure.

King said she enjoys France’s deep roots in cinema, as well as how many people can speak French worldwide.

I can’t say the same about Japanese, as it really isn’t spoken in many places, but I do love the history. That is why I was inspired to learn it.

“I feel like Mandarin would be really difficult to learn. I don’t know anything about Mandarin,” King said, noting that she has heard it has a lot of alphabet-like systems that she thinks sound hard.

King said she thinks she would find Spanish easier to learn because she already knows a romance language. On top of that, there are more Spanish-speaking communities so speaking practice would be more accessible.

When it comes to becoming confident when speaking a new language, King said to be comfortable sounding kind of weird. As it takes a long time, for any language, to gain your own personal accent.

Holian said that he doesn’t think Japanese pronunciation itself is the difficult part, rather, it is knowing how and when to pronounce things.

I kind of understand what he means. I would argue that Japanese, like most languages, has its own cadence.

“I can figure out how to pronounce a word but because it inflects differently than English, it’s more or less the enunciation that I find confusing,” Holian said.

He said he also took French in high school and finds the excess of vowels in French harder for him to read than to speak, and agrees that it may be a bit more difficult than Japanese in that regard.

I never found it harder to read French than speak it, but that’s just me. The last time I used French was probably around five years ago, so it is also possible I’m misremembering my experience.

Students in Japanese 101 have yet to do much reading. Holian said they just finished hiragana and are starting katakana (Japanese syllabary), but he’s terrified of kanji because of the quantity.

He said he struggles with hiragana at the moment, despite studying, because it still feels new to him. He can read it but not fluidly.

Holian said knowing the same general alphabet for French was easier, but learning a new system for Japanese is motivating because it feels like he’s learning a secret.

Holian and I also agreed that the lack of a distinct L and R sound in Japanese can be interesting to get used to.

My last name in Japanese doesn’t sound much like how people say it in English, so when I was a 101 student, sometimes the professor would call my name and I wouldn’t recognize it. It could be kind of embarrassing.

Holian said he wouldn’t credit French for helping him learn another language either because sometimes he tries to say something in Japanese and will default to French by accident.

French and Japanese are not as similar as French and Spanish, like King mentioned, so I could see why it wouldn’t help much.

Holian said he doesn’t find listening to Japanese to be difficult, as he has heard it spoken quite frequently, but is less confident about his own pronunciation because he wants to speak as fluidly and correctly as possible.

In the end, every language is going to pose unique challenges to new learners. While Japanese feels easier for me, that might just be because I enjoy it more than French.