Cougars now head back to Seattle for UW Invitational on Friday 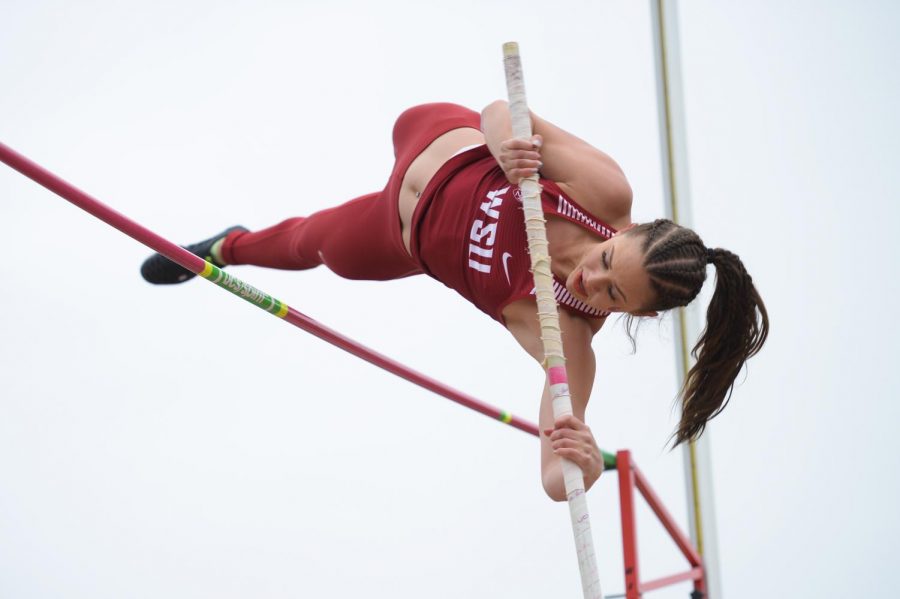 The track and field men's team placed sixth in the pole vault with a 5.06 meter vault.

The WSU track and field team had their first out-of-conference meet of the season on Friday as they headed east to Arkansas for the Arkansas Qualifier.

The WSU women’s team placed fifth overall, and the men’s squad came in at seventh place to end the meet.

WSU junior Charisma Taylor started the day by setting a school record in the women’s 60-meter hurdles with a preliminary time of 8.19 seconds. She also placed second in the triple jump event, jumping 13.3 meters.

Senior Sam Brixey set a new season-best in the 60-meter hurdles for the men, running a time of 7.8 seconds and finishing second place in a photo finish.

Junior Zach Stallings blazed his way to a first-place spot in the mile, running a time of 4:02.04, which is a personal record for him.

Junior Mackenzie Fletcher set a season-best for herself in the women’s 400-meter coming in at 57.86.

Sophomore Skyler Walton continued the Cougar success on the track, coming in third in the 60-meter sprint with a time of 7.49, setting a new personal best, and seventh-best in school history.

Freshman Jasneet Nijjar also got a taste of the success the Cougars were having. The sophomore set a personal best in the women’s 200-meter, running it in 24.63 seconds.

Senior Colton Johnsen posted a time of 8:07.68 in the 3000-meter, fast enough to secure third place.

Continuing with the theme of records, sophomore Anna Rodgers jumped 5.92 meters en route to setting a personal best in the long jump. That was moments before junior Aislinn Overby set her season-best mark in high jump with a height of 1.63 meters.

All in all, the Cougars had a lot of success in Fayetteville, as the team showed that they can indeed compete with the top track and field athletes in the nation.

The Cougars will be back on the road to Seattle for the second time this season to take on the Washington Huskies on Friday, Feb. 12.

This time they will be competing in the annual UW Invitational. The team will look to keep building on the success they have found so far this year.