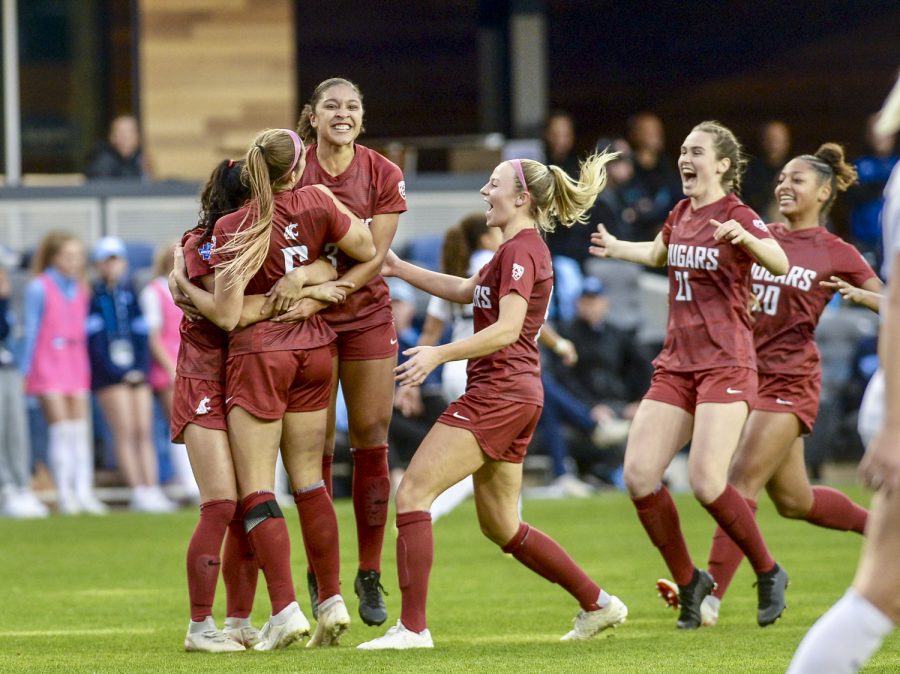 The WSU soccer team will continue their season against Eastern Washington University on Friday.

The WSU women’s soccer team kicked off their 2021 season with a 2-1 win against the Seattle Redhawks on Sunday.

The Cougars got the scoring started after 17 minutes with freshman Alyssa Gray finding the back of the net following an assist from senior Elyse Bennett.

“Alyssa has been great in practice,” WSU head coach Todd Shulenberger said. “She was one of our better players in the front line.”

Just 34 seconds into the second half, Seattle senior Leahi Manthei put one away to bring things level.

15 minutes later, Bennett found the net for the Cougars for the final time. WSU fought off Seattle’s rallies for the rest of the match to hold on to another opening match win.

“That’s what Elyse does,” Shulenberger said. “She’s a winner. She knows what it takes. For Elyse to come across that with her left foot, shows a lot of heart, lot of character and composure in front of [the] goal.”

Despite the win for WSU, Seattle appeared to have the Cougars on the ropes at many points. The Redhawks out-shot WSU and were never forced to make a save in their loss.

“The reality is we got out-punched,” Shulenberger said. “We got out-worked. Everything that Cougs soccer is about is what they did to us today.”

It was the first time the Cougars had taken the field in 429 days, dating back to their Dec. 6 loss to North Carolina in the College Cup.

“We’re thankful we got a chance to play again,” Shulenberger said. “It’s been a long time.”

The rust certainly showed for WSU with sloppy play throughout the game. Seattle brought a lot of pressure and gave the Cougars a scare many times in the second half.

Shulenberger was very blunt about everything post-match, saying he was excited about the win but “disappointed in the performance.”

He also added “Seattle was the better team” during the match.

One thing to watch out for heading into the next match will be the health of senior Brianna Alger. Alger went down late in the first half following a foul. She was helped off the field and did not return for the remainder of the match.

Alger will be a big part of the team moving forward. The senior will be heading to Chicago next year, after being selected in the NWSL draft this offseason.

“Soccer will improve as we move forward,” Shulenberger said. “It’s going to take some games to get there.”

The Cougars return to action on Friday for their first of four straight home matches. They will host the Eastern Washington Eagles at 7 p.m., as they look to clean up some of the mistakes of the opener.