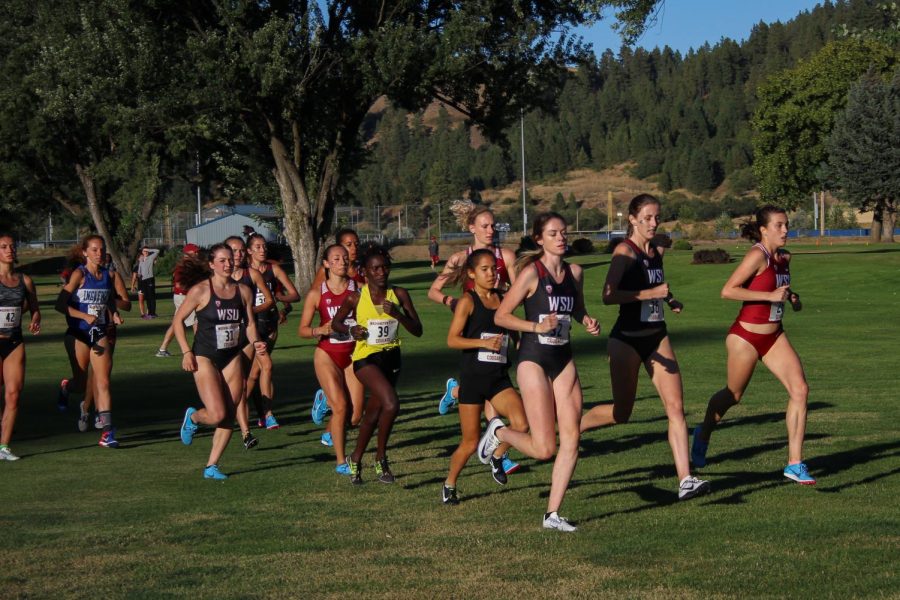 The WSU women’s cross country team competed in their first meet of the 2021 season on Saturday.

WSU finished second out of the four schools competing in the Idaho Orchards Invitational hosted by the Idaho Vandals in Lewiston. The hosts finished first, beating the Cougars by less than a minute overall and by seven places in the meet’s scoring.

Redshirt junior Erin Mullins was up next for WSU, finishing fourth overall. The third-best finish for the Cougars was freshman Alaina Stone-Boggs, who finished ninth overall. Caroline Jerotich finished 11th and was immediately followed by another Cougar runner with junior Zorana Grujic finishing 12th.

Ly’s finish did not impact the scoring as she finished outside of the Cougars’ top seven runners. Seniors Pia Richards and Kiyena Beatty finished 20th and 30th overall, respectively.

The impact of the youngsters is a good sign moving forward for WSU. Four of the top seven finishers for the Cougars were either freshmen or sophomores. Kimtai, a freshman from Kenya, led the team in her first meet.

Besides WSU and Idaho, the University of Montana and Eastern Washington University also competed in the meet. The Grizzlies finished third and the Eagles finished fourth.

The Cougars will get back in action with their second regular-season meet when they head to Eugene, Oregon, on Feb. 19 for the LCC Cross Country Invitational hosted by the Oregon Ducks.