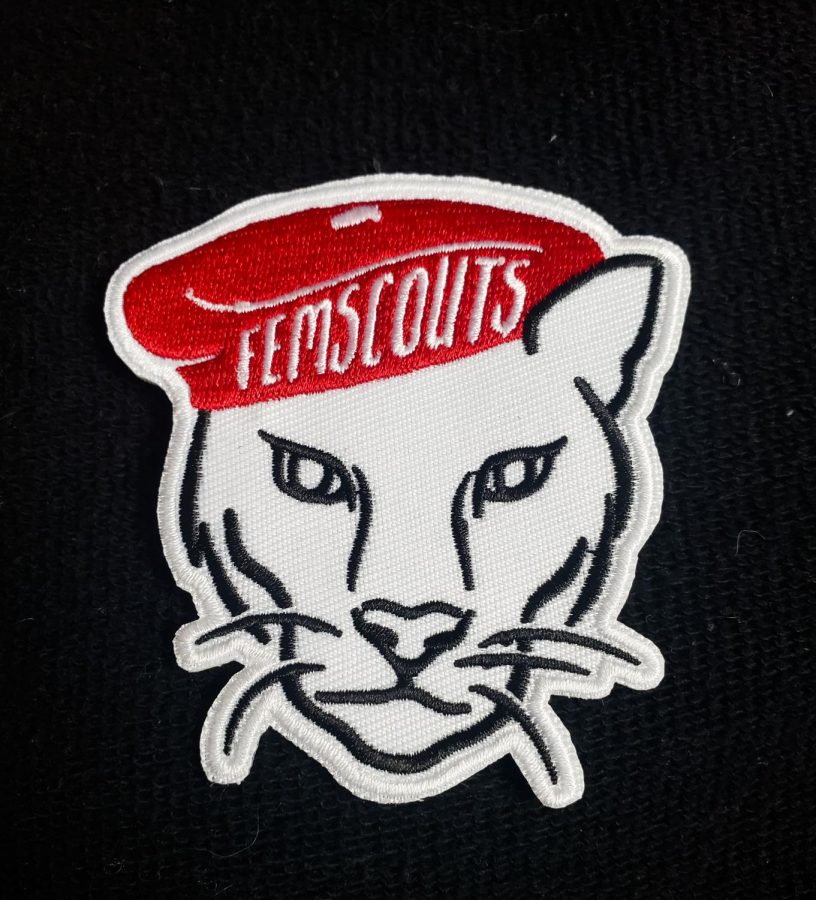 One of FemScouts’ ongoing units is “Discovering HerStory,” where members interview women and ask about their experience with feminism.

After working together for almost a year, three WSU students and alumni are helping their respective troops navigate through feminism despite never having met each other in person because of the COVID-19 pandemic.

FemScouts began as an initiative to build the feminist toolkit and prepare its members for the world, said Soph Roemer, recent WSU graduate, troop leader and Women*s Center volunteer. The organization operates under the Coalition for Women Students.

Roemer and their co-troop leaders — Acacia Patterson, first-year physics graduate student and community outreach student coordinator for the Women*s Center; and Monipel Babb, first-year food microbiology doctoral student and troop leader — are not experts, but they have knowledge and resources to communicate about feminism and its various topics to members in their troops.

“For my group, we were talking about how there’s no wrong way to do feminism, except for like … trans-exclusionary radical feminism,” Roemer said.

Roemer, Patterson and Babb lead their own troops, each with about five members. They follow the same program but at their own pace, Roemer said.

It is important to adjust to the needs of each of their groups, Roemer said.

Roemer’s group said they were interested in education and community, so that is what they focus on.

FemScouts is a place to connect with people, Patterson said. It is her “weekly hour of endorphins.”

She said she is constantly blown away by her troop’s eloquence during group conversations, especially because several of them have never taken a class on gender or sexuality studies. It is an hour of sharing.

Roemer said quite a few of their troop members are STEM majors, or majoring in subjects not directly related to gender studies.

FemScouts is a platform for students’ voices to be heard, built, shared and magnified, Babb said.

Babb said her academic work is intense, but FemScouts provides relief from that.

“It’s the only one time where I also get to see people outside academia,” she said. “I am a feminism advocate, so it’s just a time, fortunately, to learn and get to know what people know.”

FemScouts, for Babb, is a way for her to continue her advocacy.

Each troop’s name is meant to be meaningful, Roemer said. It could be a pun or some other interesting wordplay. For example, Screaming Greens is based on Screaming Queens, which is a documentary about riots in Compton.

Members are awarded badges as they complete units during the semester, Patterson said. The first badge they receive is of a cougar wearing a red beret with the word “FEMSCOUTS” written across it in white letters.

Patterson said the organization is working to find a small women- or BIPOC-owned company to order future badges from.

Weekly troop meetings serve as a discussion space where members share ideas and empower each other, Babb said.

“In FemScouts, everybody’s right. There is no right or wrong answer when it comes to this question,” Babb said.”It’s not like we teach people what they have to do.”

FemScouts’ first unit was called “The 411 on the F-Word,” and it involved untangling the F-word: feminism. During this unit, troop members dissected the fear, humor and harm some people feel toward feminism by talking about global feminism, multicultural feminism and the waves of feminism.

“We talked about how limiting the waves are, and how we need to think much farther outside the box, beyond white feminism and beyond the suffragette movement,” Roemer said.

One of FemScouts ongoing units is “Discovering HerStory,” where members interview women and ask about their experience with feminism. Roemer is currently interviewing their grandmother and aunt through letters.

“It takes [my grandmother] a lot of time and energy to really meditate on what I’m asking her to do,” Roemer said. “I’m mainly just stressing to her that I want her experience and her personal view of the world, and there is no right or wrong in that way.”

FemScouts is hoping to host an event to showcase the works created by troop members during this unit in March for Women’s History Month.

All three troops meet on Zoom, Patterson said. This is the first week they are meeting, and they are focusing on introductions. One troop meets 2 p.m. on Mondays and the other two meet 6 p.m. on Wednesdays.

More information about FemScouts, including registration, can be found on their website and on social media.