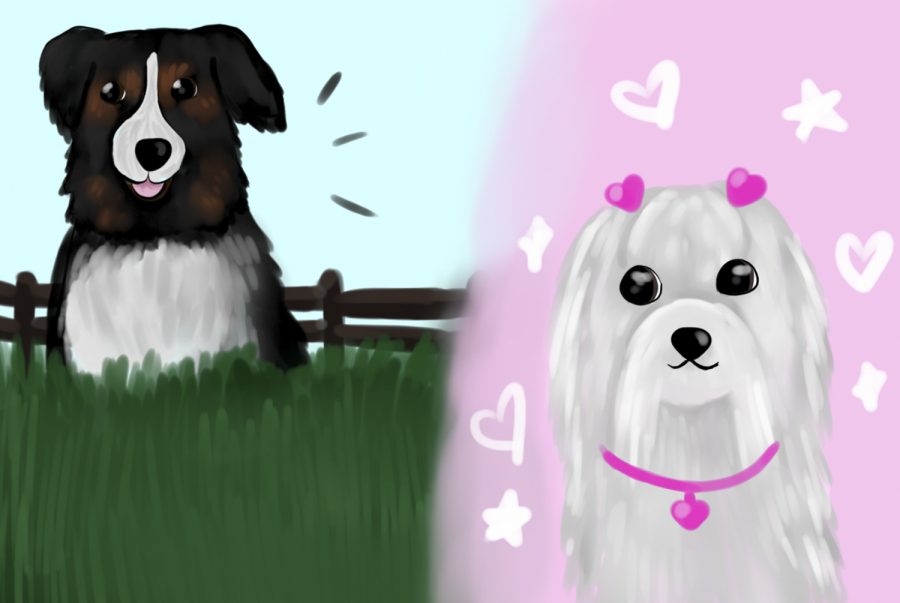 In places where dogs are used for herding, people are not as close with their dogs. Researchers also found that women have more affectionate relationships with dogs than men do.

Temperature and gender have influenced the relationships between humans and dogs in various cultures, a WSU anthropological research team has found.

Environmental temperature has influenced how useful dogs are at helping humans in different areas, said Jaime Chambers, doctoral student in the WSU Anthropology Department. Dogs are not as efficient at exercising as humans are and overheat more easily. In hotter environments, dogs are less domesticated, so people are not as close with their dogs.

In the database, ethnographers have observed and recorded interactions between women and dogs as well as between men and dogs, Chambers said. Women were found to have more affectionate relationships with their dogs. In fact, they have influenced their domestication.

The domestication of dogs varies in different parts of the world, WSU anthropology professor Robert Quinlan said. Some communities in South America use dogs for hunting and gathering, and women have even been found breastfeeding puppies.

In the United States, dogs are often treated like children and members of the family, Chambers said. Americans knit their dogs sweaters and let them sleep in their beds.

The relationship between humans and dogs has also been found to affect hormone levels, specifically oxytocin levels, which are involved in trust and bonding, Quinlan said.

The oxytocin levels were observed to be higher in women who owned dogs than in men who did. Dogs were also shown to have provided more emotional support benefits to women than men, Quinlan said.

People who are part of cultures that use dogs primarily for agricultural purposes, to herd and guard livestock, tend not to have close relationships with their dogs, Chambers said.

Studies have also shown that having dogs can improve a person’s quality of life and reduce stress levels, Quinlan said.

The research team looked at data from a digital archive with records that anthropologists have written after closely observing cultures worldwide, but they did not find many studies about human-dog relationships, Chambers said.

“We kind of wanted to address that gap by looking at over 100 cultures worldwide,” Chambers said. “Where are dogs useful to humans, and where are humans useful to dogs?”

The team performed a cross-cultural analysis of behavior to understand key features of human-dog relationships early on, Quinlan said.

Historically, human-dog interactions were not taken seriously in anthropology until archeologists began digging up dog bones, Quinlan said. However, it is hard for archeologists to differentiate between dog and wolf bones because of their similar skeletal structures. Genetic analyses have started to help with this.

“Archaeologists are limited by what they can say because they dig up material remains, and they can’t dig up behaviors,” Quinlan said. “The geneticist can tell us a lot of relationships and sort-of evolutionary history of dogs, but they can’t tell us very much about the behaviors either.”

The team is in the beginning stages of their research, Quinlan said. Once the pandemic ends, the team plans to do fieldwork and directly observe the behavior of dogs in different countries.

Quinlan said qualitative interviews will be performed with people about their attitudes and relationships with dogs. They plan to do direct systematic observation, in which behaviors of individuals and groups are recorded over time.

“The [women and dog relationship] finding was interesting and surprising, and one that I personally want to dig into deeper as my next step to kind of describe what features are found in terms of relationships between women and dogs cross-culturally,” Chambers said.