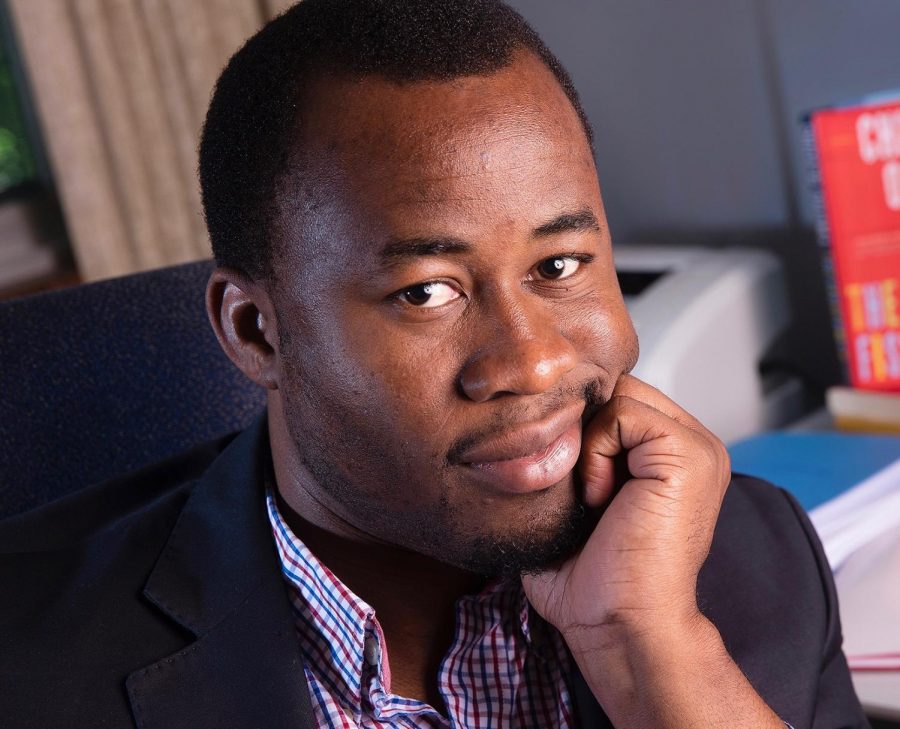 Obioma will be this week’s Visiting Writer series speaker. He will talk about his two prize finalist books.

WSU’s Visiting Writers Series will host a reading with Chigozie Obioma, a two-time finalist for the Man Booker Prize, through YouTube Live. Obioma is one of two writers in history to have all of their published books become a finalist for the prize.

Obioma will do a reading from his fiction books, “The Fisherman” and “An Orchestra of Minorities” at 7 p.m. on Feb. 10.

Peter Chilson, English professor and former director of the Visiting Writers series, said it is a great opportunity for students that WSU can host Obioma. He hopes students tune in to YouTube and take advantage of this opportunity to hear such an accomplished writer.

Following Obioma, on March 1, Major Jackson will have another live YouTube poetry reading at 7 p.m. The other readers of the semester include Catina Bacote for a nonfiction reading, C. S. Giscombe for poetry and memoir reading, and a night with Mahogany L. Browne and Deborah Magpie Earling for a fiction reading. Specific times for these readings can be found on WSU’s Visiting Writers series website.

Information about how to register for the one-credit workshop that is offered through the series can be found on the website. The workshop will take place from March 22-24 and is open to all WSU students.

“The Writers Series highlights and brings noted poets and writers of fiction and nonfiction to campus for creative readings, workshops and collaborative exchanges,” according to the website.

The two directors of the writers series, DJ Lee and Cameron McGill, want the series to include a broad range of topics for the enjoyment of all the students at WSU. These include the environment, LGBTQ+ topics and issues, social justice and more.

Speakers are decided through a collaborative effort between faculty and student representatives. Students who are involved with the series can suggest writers that they want to speak to and advocate for them to come to WSU.

Lee and McGill said the students have a lot of say in who comes to WSU to speak and hope more students take the opportunity to suggest writers that influence them.

Allyson Pang, editor-in-chief for LandEscapes, pushed heavily for Kelly Yang to be a speaker for the series. She helped recruit Yang for a reading last semester and is excited to hear the upcoming readings this semester.

Across the state at WSU Vancouver, student intern Alena Bush enjoys that her class allows her to discuss these authors and attend the readings.

“It’s a really big treat to get to have the opportunity to ask [Obioma] questions personally about his work,” she said.

This is the first year WSU Pullman has partnered with the Vancouver campus. However, WSU Vancouver has had its own version of the writers series called the Creative Writers Speakers Series.

“It was a highly anticipated event among staff and students, as well as members of the community outside the university,” said Chelsea Ratzlaff, one of the series directors at WSU Vancouver.

COVID-19 simplified this collaboration, as all events are virtual. WSU Vancouver will certainly continue the series as it has in the past, and the staff ultimately hope to bring in speakers who will visit multiple campuses once the need for social distancing is behind us, she said.

“Normally it’s so hard to connect with them because they are so far away. But this year we’re partnering with [Vancouver], so that’s why we have so many writers slotted this semester,” Lee said.

The Writers series was moved online due to the COVID-19 pandemic. Typically the speakers would be in person at places like the WSU cultural center or the Schnitzer Museum of Art.

“COVID-19 definitely played a part in the writer’s series being able to have more people speak. It cost a lot to host someone in person, and because of COVID-19 guidelines, we host remotely. It allows us to acquire more speakers for the students to learn from,” McGill said.

The writers series plans to continue hosting readings live on YouTube throughout the duration of the COVID-19 pandemic. If students want to become involved with the series for the next school year, they should contact DJ Lee at deblee@wsu.edu.