Students benefit from having access to recorded and live lectures; technology can be used to solve complex mathematics 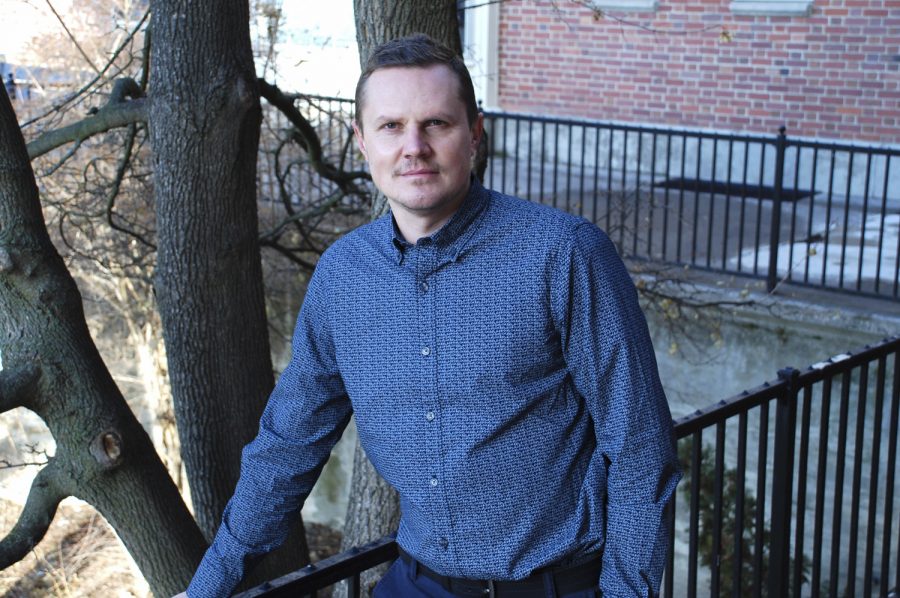 Lapin had no idea where he would end up after graduation. WSU offered him an associate professor position in 2007 and has lived in Pullman ever since.

Sergey Lapin’s math teacher had it out for him. While he did not know why, this motivated him to prove her wrong.

When the other students in his high school math class were scoring A’s, he would get an A-minus. To prove himself, Lapin ordered free extra homework from a distance-learning program that came in paper notebooks before computers became a household staple.

The additional work made his confidence soar and led to his interest in applied math, and eventually, paved the way to being a professor for WSU.

“Unfortunately, some people do not realize that we’re not just teaching mathematics, we are teaching kids to become adults,” Lapin said.

Right away, Lapin started using Canvas where he records his lectures and posts them so students can go back to watch them. He quickly discovered students benefited from the ease of acreen sharing during live lectures, Lapin said.

No stranger to online, learning, he helped to develop an asynchronous online course for math 105 starting in 2011.

When Lynn Schreyer, mathematics and statistics associate professor, toured WSU during her interview process five years ago, Lapin was one of the first people she met, Schreyer said.

Since then, the two have worked on research projects together, like creating a mathematical model for the migration of mammals being impacted by oil rigs and the lack of food due to climate change, Schreyer said.

“He’s able to find the right words to get across in ways that are useful from a practical standpoint,” Schreyer said. “He’s able to subtly read underlying emotions of people in a very articulate way.”

Lapin grew up in Kazan, Russia and attended the country’s oldest university, Kazan Federal University. Shortly after, he traveled across the world to study at the University of Houston.

The economy drastically declined after the Soviet Union dissolved and became Russia in the early 90s. He said education became a low priority for the government so he had better luck pursuing graduate school and a doctorate elsewhere.

Lapin did not know where he would end up as a recent graduate. WSU offered him an associate professor position in 2007, and he has been in Pullman ever since.

Along the way, teaching Russian history became Lapin’s passion. He said generally in U.S. history courses, teachers do not discuss major Russian events that shape reasoning behind government decisions. These events date back 500 years, even a thousand.

“Everything is so interconnected,” Lapin said. “One country can affect other countries so I show students through historical examples.”

In-between classes and on the weekends, Lapin enjoys hiking, playing the piano and raising his two middle school sons with his wife.

*Editor’s note: This story has been updated to correct a factual error about Lapin’s education.