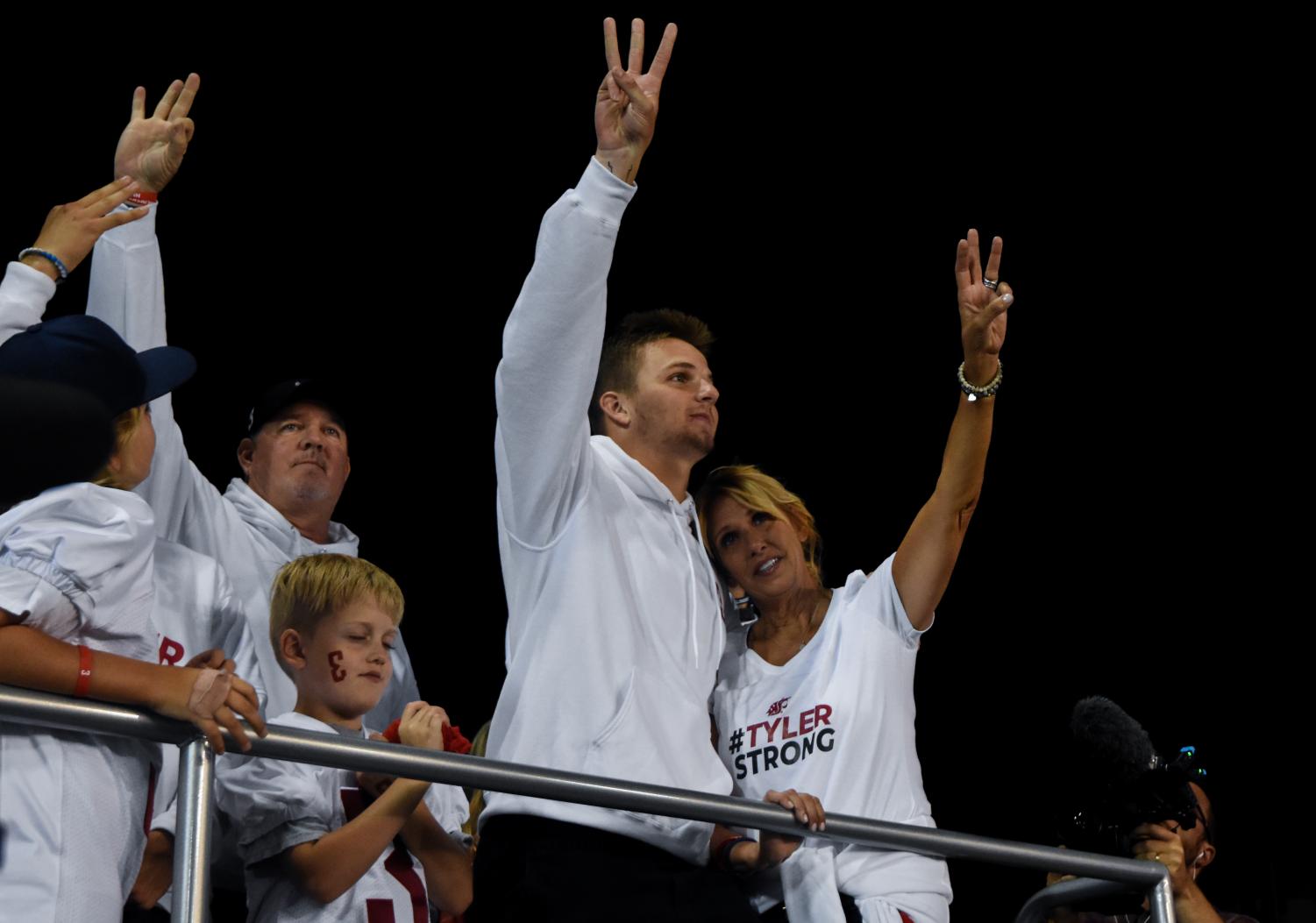 From left: Mark, Ryan and Kym Hilinski hold up three fingers in honor of Tyler Hilinski as members of Hilinski’s Hope raise the flag before the first home football game of the season Sept. 8 at Martin Stadium. (OLIVER MCKENNA | DAILY EVERGREEN FILE)

From left: Mark, Ryan and Kym Hilinski hold up three fingers in honor of Tyler Hilinski as members of Hilinski’s Hope raise the flag before the first home football game of the season Sept. 8 at Martin Stadium.

Event organized by students will donate all proceeds to Hilinski’s Hope charity; Tyler’s mother will attend

Tessa Sechler, along with four other WSU students, will be hosting Run for 3 on Sunday to support the Hilinski’s Hope Foundation.

All the proceeds from the 3-mile run will benefit Hilinski’s Hope. Sechler, a senior majoring in sports management, said she believes this event will serve as an important contribution to the foundation and raise awareness for mental health.

In Sechler’s second-to-last semester at WSU, she must complete the theory and application in her sports event management class as a capstone for her degree. Each five-member group in this class is required to create an event from the ground up and donate all proceeds to a charity of their choice.

Chris Lebens, Sechler’s professor for the class, knew the Hilinski’s Hope Foundation would be a popular charity for the class. With that in mind, Lebens asked Tyler Hilinski’s parents to come explain their charity and be there to answer questions. 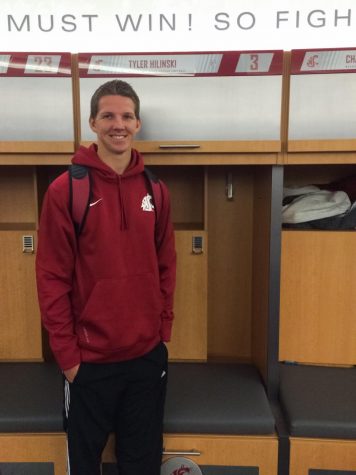 COURTESY OF KYM HILINSKI
The run Sunday will benefit the Hilinski’s Hope charity, which was founded in honor of Tyler Hilinski.

“I asked them to come explain the foundation instead of me because it’s more of a real-life sort of thing for the students to go through,” Lebens said. “So, I had them come in for a Q and A and we did that all before people decided which charity they wanted.”

Tyler was a classmate of many sports management students, making it easy for Sechler’s group to choose the Hilinski’s Hope Foundation. After Kym and Mark Hilinski spoke to the class, Sechler said she felt motivated to make the event more than just a 3-mile run.

“I have a huge passion for mental health and mental well-being,” Sechler said. “The loss of Tyler was huge. I was abroad when it happened, so that was really hard for me to be completely detached from the community while they went through that.”

As project manager, Sechler said she wanted to plan an event that would be open to everyone and bring in donations for the cause. She and her group have been planning this event the entire semester.

The Run for 3 event will be held at the Courtyard by Marriott with a ballroom reserved for people to gather and support the cause after the run. Food and various items will be raffled off throughout the event.

Registration for the race is $13 and includes a shirt supporting the cause. Registration can either be done at the start of the event or on the Run for 3 website.

Although the event is bringing in money, Sechler said she hopes it will help people keep talking about mental health and bring awareness to the cause.

Planning this event has personally impacted Sechler, she said, as she recently decided she wants to further her education into sports psychology.

“I do believe that sports and athletics can fulfill things in your life that you don’t find in other places,” Sechler said. “I think it’s the most heartbreaking thing when you see something like with Tyler where he was a superb athlete and a great person but he was still struggling with something that nobody can comprehend.”

Sechler said she and her group worked closely with Kym throughout the planning process in hopes that she would approve the event for the foundation. After talking with Sechler, Kym will be flying from California to appear at the event and talk about the Hilinski’s Hope Foundation and answer questions.

Lebens said because Kym is flying out for the event, he pushed Sechler’s group to go above and beyond throughout the planning process and has high expectations for the run.

“I have really set their bar high and it’s not because of any of them individually,” Lebens said. “It’s because they have invited Tyler’s mom to come to it. Being that she is coming here, I want this to be her day.”

Check-in begins at 8:30 a.m. Sunday with the race starting at 9:30 a.m. The event will continue in the ballroom of the Courtyard by Marriott until 12:30 p.m. and is open to everyone who wants to help support the cause.

Taylor Dunlap is a freshman Zoology major from Kettle Falls, she loves chocolate. 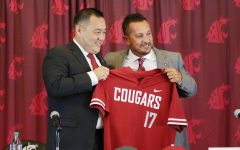 Grass is Green-er for WSU baseball 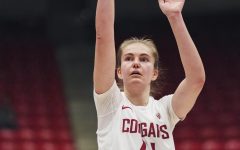 Tough times become worth it for basketball player 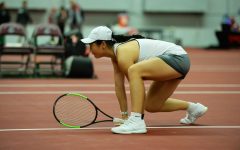 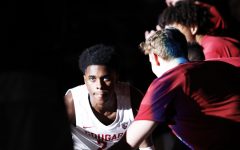 Bringing the best from the west 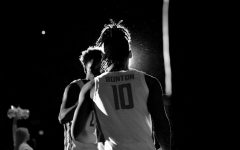 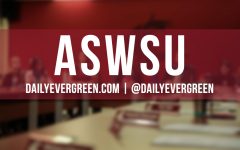 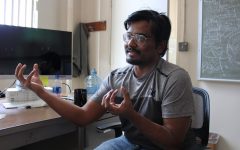 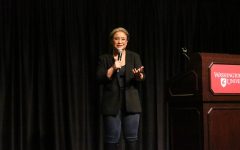 ‘Mental health is the center of it all’ 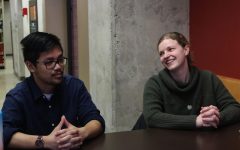 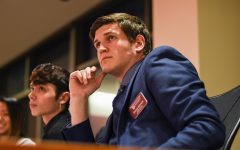 “An unhealthy and toxic work environment”