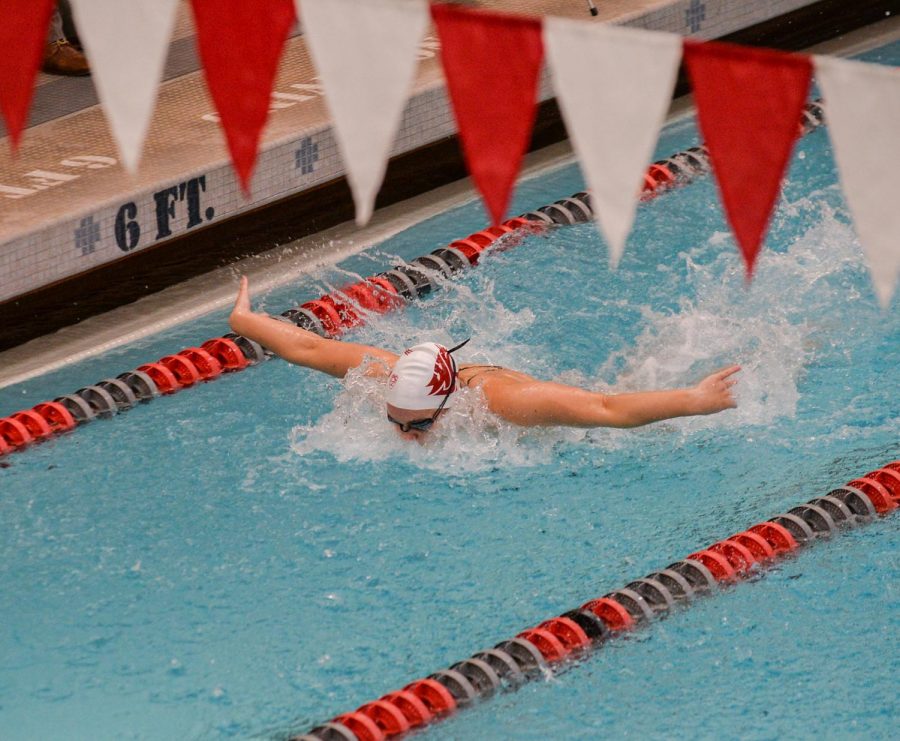 Cougars look to rebound after loss to Nevada Wolf Pack on Sept. 28

WSU swim will compete in the Chick-Fil-A Invitational swim meet on Friday and Saturday in Fresno, California.

Six teams will be at the invitational: Fresno State, Air Force, California, San Jose State, San Diego state and WSU. The event starts at 11 a.m. on Friday and 10 a.m. on Saturday.

Coming off a 172-90 loss to Nevada, junior Chloe Larson said the most important thing going into this meet is to not look back at the unchangeable. She said staying in the moment is the key to success.

“It’s not so much about time, it is just about doing the things that we have been hounding,” Larson said. “Hopefully, we can get some more wins under our belt but if not, we are just going to take those experiences and carry them into the next meet.”

WSU’s roster of 24 swimmers includes 10 freshmen. Larson said she is impressed with this young core group and is happy she has been able to train with freshman Corinne Pelzer.

“They are such a good group together and individually they have such great strengths across the board,” Larson said.

As far as preparation goes, head coach Matt Leach said consistency is key no matter what the setting may be.

“For us it’s just making sure we can back each other up with consistent training so that we can go to meets and have consistent performance,” Leach said during a press conference on Tuesday.

Larson said the team has been working on is trusting the process, which is something Leach also said during the press conference.

WSU will dive into action at 11 a.m. on Friday in Fresno, California.