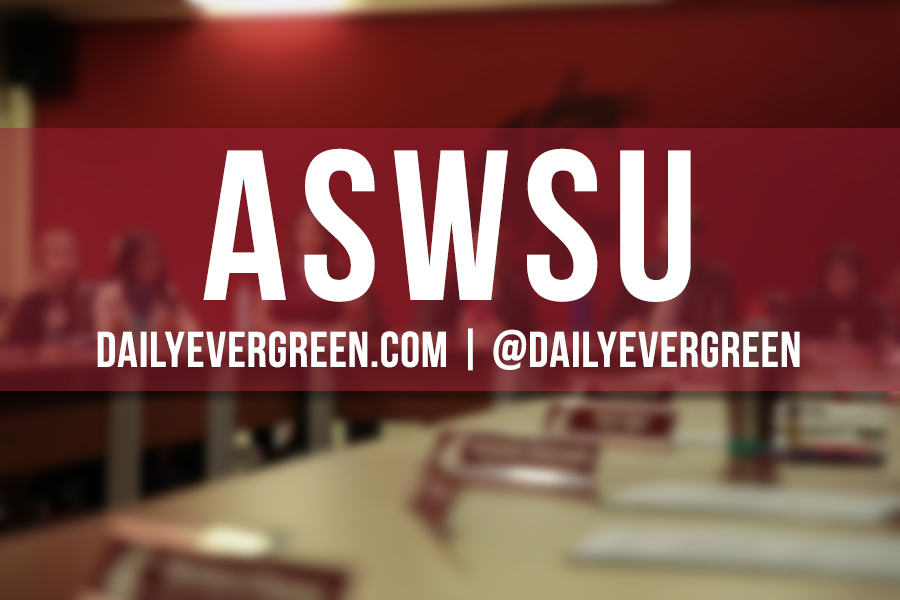 Patrick, second-year business management major, said every student has the same passion for the university, no matter their varying interests.

“It’s the sunsets, it’s the sunrises, it’s, you know, waking up for College GameDay, it’s the community here,” he said. “I love it.”

The two are close friends and members of Sigma Phi Epsilon. Patrick said Pan challenged him to get more involved with leadership roles. He believes serving as ASWSU president is a great next step.

Patrick said he believes the best way for him to help the entire Pullman and WSU community is to run for ASWSU president. He is excited to give back and wants to ensure students enjoy their college experience.

“I want to make sure that every student that is at WSU and is coming to WSU has a better time than I do, or at least as much fun,” he said.

Patrick is president of the Society of Human Resource Management club and vice president of recruitment for his fraternity. As president of SHRM, Patrick said he runs various events and had all of the executive officers trained in the Family Educational Rights and Privacy Act.

Pan currently serves as the ASWSU director of community affairs, holding the position for the past two years. As director, Pan coordinates events like Restaurant Week, participates in community service projects and attends Pullman City Council and Chamber of Commerce meetings.

During his time on ASWSU, Pan worked on receiving funding for increased student safety on campus. Pan said he also helped get funding for sexual assault awareness resources in bathrooms around campus.

Pan grew up in Pullman and said he was born to be a Coug. He loves helping students, faculty members and the community.

“If I can make WSU a better place, you know, for the next student, that’s what I want to do,” he said.

The main issue at the forefront of their campaign is mental health. Within the WSU community, Patrick said there are several suicide attempts every year. The two hope to work with Cougar Health Services to implement MESI, a mindfulness-based emotional and social intelligence program, in the Alive! orientation experience.

Patrick said it is also important Greek organizations have delegated mental health chairs trained through the MESI program or other mental health programs offered through CHS.

Having a biweekly meeting with multicultural groups is also something the two will start if elected. Pan said the idea is to have conversations discussing how ASWSU can better represent the organizations.

Patrick said he is passionate about ASWSU transparency with students.

To increase communication between student government and the student body, Pan said they would like to collaborate with ASWSU Senators to send out monthly surveys and receive student feedback.

When deciding who would run as president and vice president, Pan said the two went with what their strengths are as leaders.

Pan said Patrick is a natural leader. If elected, Pan said he likes the idea of working with the ASWSU Senate and various committees to make sure everything is getting done.

“I think we work really well together because I have a lot of experience. I’ve had a ton of leadership roles throughout my life,” Patrick said, “but Pan has a lot of inside knowledge and has worked so diligently with ASWSU … it’s nice that he has that insight.”

Streamlining the process for students to receive timely help and answers is something Patrick said they want to work on. The two have talked to students and university organizations over Zoom, social media and through mutual connections to advertise their campaign.

“I hope that we’re actually able to go out and make change and make measurable and beneficial impacts for all WSU students,” Patrick said. “At the end of the day, we want to have open and honest conversations with WSU students and we’re here to listen.”

Amid a pandemic, Bryce Regian believes WSU students need an ASWSU that is experienced and qualified in order to create a bridge between students and university administration.

Regian, junior political science major and ASWSU deputy director of legislative affairs, is running for ASWSU president along with his running mate Jelani Christopher. They met while working in ASWSU and soon became good friends.

“For me, it was a no brainer,” Regian said. “[Christopher] was the first and only person I asked to be my running mate.”

Regian said he originally attended Clark College and served as the president of the Associated Students. He is a member of Delta Kappa Epsilon and Phi Alpha Delta at WSU. He previously served in the ASWSU Senate.

Christopher, junior political science major, said he came to Pullman from California and is a member of Alpha Sigma Phi. He is currently the treasurer for the WSU Issues and Forums Committee and is an ASWSU Senator.

Christopher said he wanted to run for office because he is passionate about student government and feels it is a great way to be involved with one’s university. His favorite part of student government is being a voice for students and advocating for them.

Regian was not planning on running for anything but a position on the ASWSU Senate. However, after becoming more involved on campus, Regian said he fell in love with WSU and the students.

Because student government is the closest students have to a direct line to administration, Christopher said they want to hold the university accountable when administration makes decisions for students.

Another area the two want to focus on is fee transparency or elimination. Christopher said there are a number of fees, such as graduation, late fees and reinstatement fees, that students do not know where the money is going.

“We just want students to either have an idea of where those fees are going or for the university to get rid of them,” he said. “Right now, students feel like that is not the best system and that they’re being taken advantage of.”

Regian said he thinks a virtual format for the election debates will make it easier for students to attend. His main concern is making sure proper closed captions are available and that students are actually aware of the debate.

“Debates are important,” he said. “You can get a lot of questions answered without having to meet with candidates individually. That’s one of the great benefits about public debates.”

Regian said students should vote for him and Christopher because they make themselves accessible and want to have an open door policy where students can talk to them at any time.

They have plans to help the student body and will do the work needed to succeed, he said. Regian and Christopher love WSU and want to make it a better place for students.

“You step on campus and you feel like you’re at home, and that’s what it felt like for me,” Regian said.

Abby Davis is a junior double majoring in broadcast news and public relations. She is from Anacortes, Washington.

Steffi is a senior public relations major. She is from Battle Ground, WA. 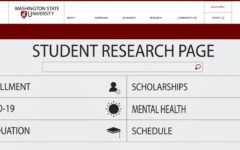 Resource accessibility to be ‘modernized’ 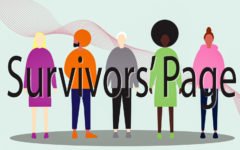 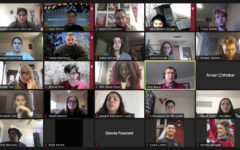 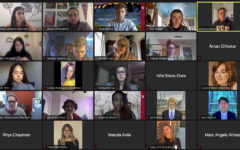 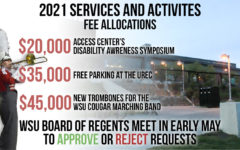 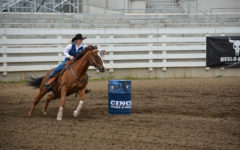 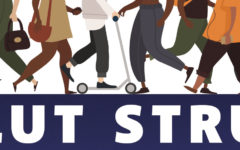 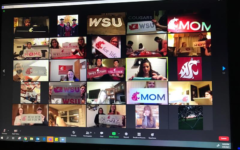 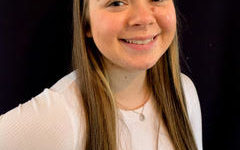 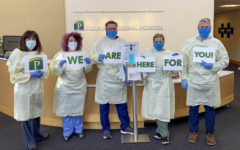