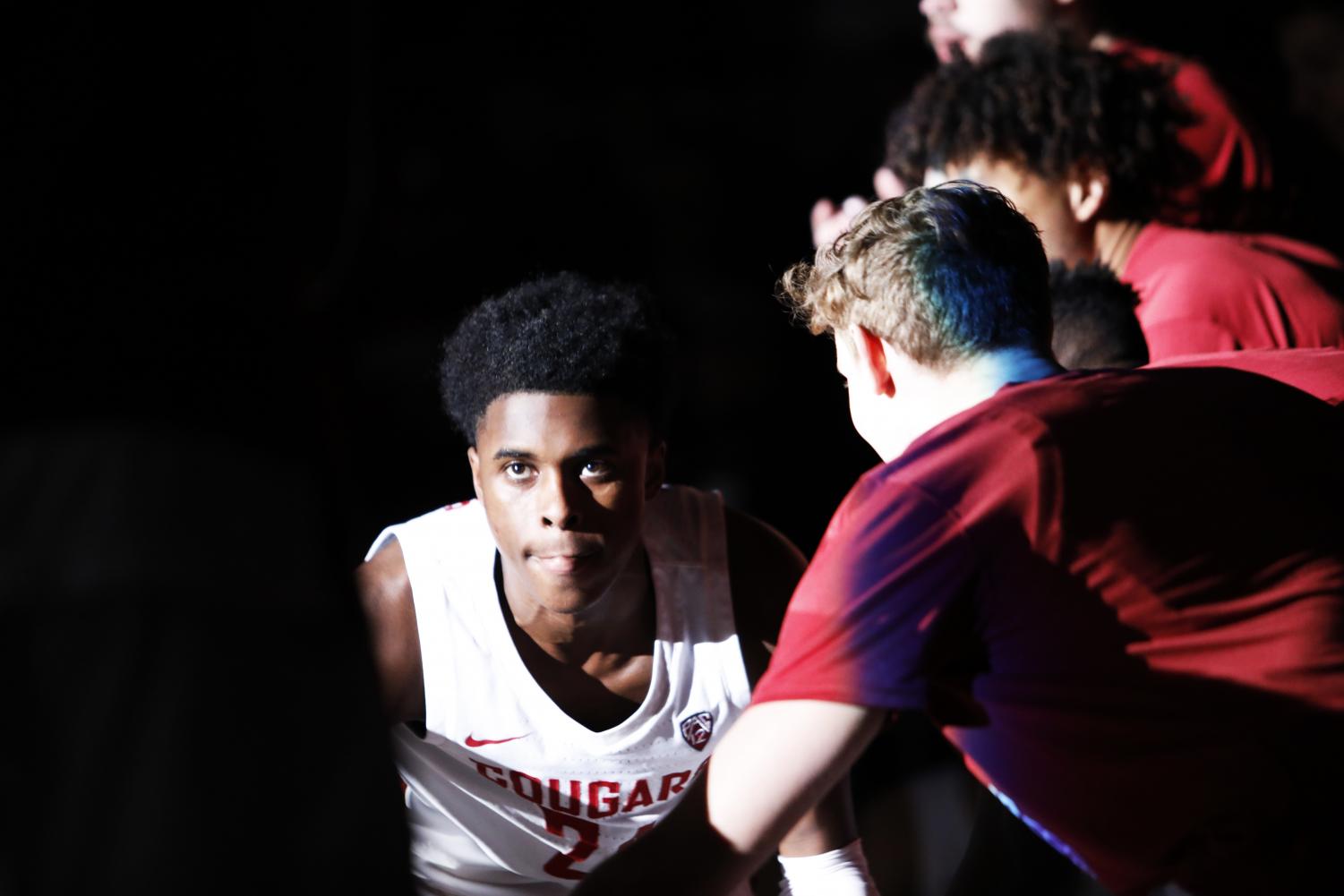 As his name is announced, freshman guard Noah Williams walks through a tunnel formed by his teammates to join the starters at Beasley Coliseum. (OLIVER MCKENNA)

As his name is announced, freshman guard Noah Williams walks through a tunnel formed by his teammates to join the starters at Beasley Coliseum.

Bringing the best from the west

Freshman guard Noah Williams joined the WSU men’s basketball team this season to assist in redefining the program and prove his talent in the Pacific Northwest.

Williams was born with basketball in his blood, as he’s played basketball since he was in the third grade. His father, Guy Williams, was a former guard for the Cougars basketball team from 1981 to 1983 and even had a brief pro stint in the NBA and overseas.

Although Guy had a notable basketball career, Noah credited his older sisters Aminah and Myah as his main influences to play basketball when he was younger. He recalled always having a basketball at his sisters’ AAU tournaments.

“I would be the halftime show every time they had an AAU tournament,” Noah said. “I would just love watching my sisters play.”

Aminah and Myah both received scholarships to play for the University of Washington after high school. Aminah was at one time the all-time leading rebounder for UW until her total was surpassed almost three years ago.

Guy said their divided family of Cougars and Huskies works beautifully as they support one another no matter the colors they wear.

One of Noah’s traits off the court that his father wants everyone to know is that Noah is an excellent uncle to his two nephews and one niece. Guy said Noah always thinks of his family and community first.

Williams attended O’Dea High School, an all-boys private school in Seattle, from 2015 to 2019. He played four years for the school’s basketball team where he won a 3A state title in his senior year.

O’Dea basketball coach Jason Kerr taught Noah a lot on and off the court and how to be a young man, Noah said. Noah would sit down with Kerr every day and pick his brain on any sort of knowledge that could be passed onto him.

Kerr started coaching the team when Noah was a freshman. Noah drew the comparison to first-year WSU coach Kyle Smith as a familiar situation that he encountered as a player at O’Dea.

“I did it my freshman year of high school, and I became successful,” Noah said. “So why not be successful in a WSU uniform and change the culture?”

After O’Dea, Williams originally committed to the University of Buffalo and had a formal visit after his state championship. At the time, Ernie Kent was the Cougars’ men’s basketball coach and Williams did not have a great initial relationship with him.

Soon after his visit at Buffalo, Noah decommitted from UB as it wasn’t the right fit for him. It came down to two universities that Noah had to choose from in the end: Kansas State and WSU.

Noah said his mother influenced his moral values in the decision process as she told him to ‘go where you’re loved at.’ Although his father attended WSU, Noah’s decision did not have much to do with his Cougar roots but instead was because of coach Smith’s recruiting approach with him.

“He really shows love. I can tell he loves me not as a basketball player but just as a person,” Noah said. “Having that connection, I knew that coming to Pullman was going to be the perfect fit for me.”

Noah called Kansas State on the day he was supposed to leave for his formal visit and declined the offer.

“I called the coach and was like ‘Coach, I’m committing to WSU. I’m a Coug. I’m canceling the trip. I’m a Cougar,’” Noah said.

As Noah arrived in Pullman in the 2019 summer, he quickly connected with junior guard Isaac Bonton, senior guard Jervae Robinson and sophomore forward CJ Elleby. Elleby, another Seattle native, formerly played AAU basketball with Noah and was excited to call Noah his teammate in the upcoming season.

I’ve been playing against top competition all my life. It’s either kill or be killed.

“I’m glad he came,” Elleby said. “Just the energy and mindset he brings I can share with him because we came up in the same environment.”

Every time Noah steps out onto the court, he has one thing in mind: to compete and win.

He said his West Seattle background influences his game as not many people proceed to the next level after high school.

His Seattle upbringing is where he obtained his ‘Mamba Mentality,’ he said.

“I’ve been playing against top competition all my life,” Noah said. “It’s either kill or be killed.”

He tries to rub off his tenacity to the rest of his teammates whenever he is on the court. Freshman guard DJ Rodman said one of the most valuable traits that inspires his game is how Noah is not afraid to guard any one on the court.

“He doesn’t care who he’s going against; he doesn’t care what team it is,” Rodman said. “He’ll take on the best player if he has to, and he’ll be confident enough to say, ‘I’ll hold him to zero.’”

Rodman said ever since they met, Noah is a person you admire as your teammate and one that your opponent despises.

“He is the meanest person on the court,” Rodman said. “Off the court he is one of the nicest dudes and is genuine, humble, and honest with you.”

Guy believes that Noah’s ceiling and potential is all dependent on his work ethic and determination toward basketball.

Noah already has his sights set on what he wants to achieve at WSU. In addition to changing the culture for the Cougars basketball program, Noah has one goal is mind.

View Comments (1)
About the Writer 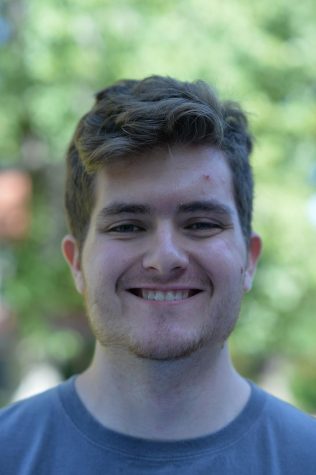 Ryan Root is a junior multimedia journalism major from Richland, Washington. He was born in Buffalo, New York, and moved here in 2010.

WSU women’s basketball began their Thanksgiving break in Hawaii when they brought home some hardware after winning the 2022 North Shore Showcase. ... 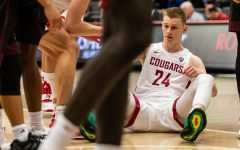 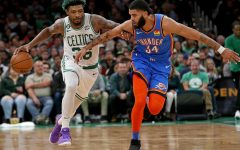 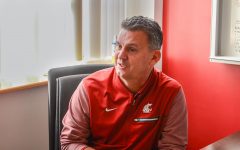 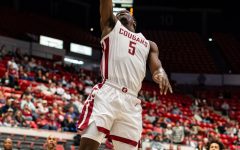 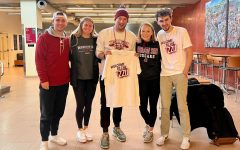 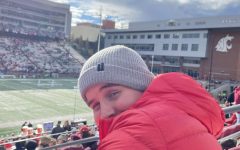 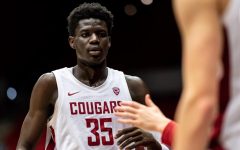 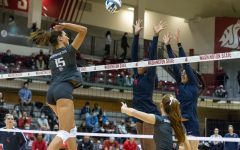 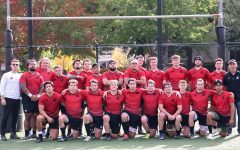