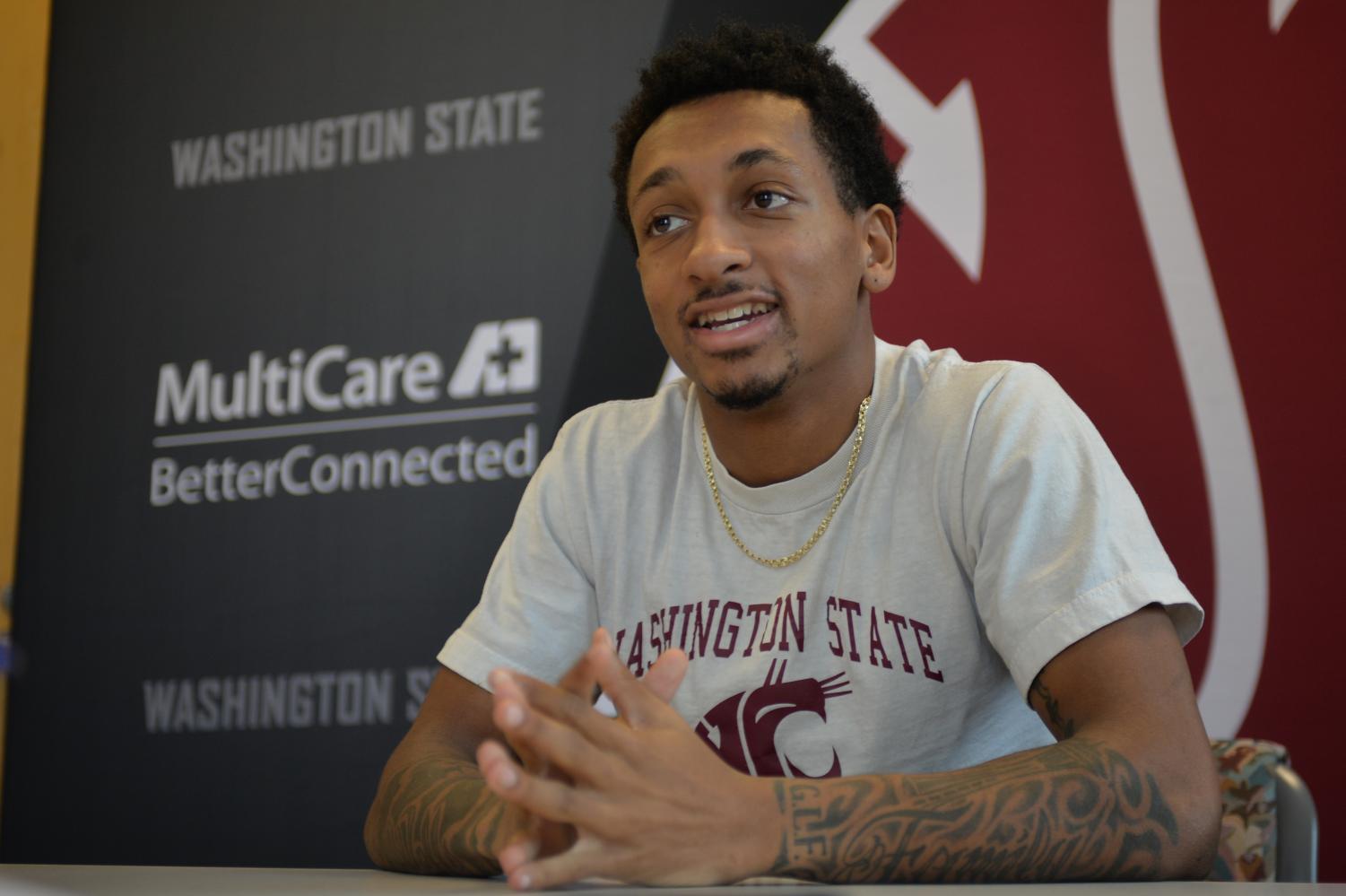 Emmanuel Wells Jr. says he isn’t putting a cap on what he can accomplish. “My goal is just to be the fastest sprinter of all time in the history of Washington State,” he said. (BENJAMIN MICHAELIS | THE DAILY EVERGREEN)

Emmanuel Wells Jr. says he isn’t putting a cap on what he can accomplish. “My goal is just to be the fastest sprinter of all time in the history of Washington State,” he said.

No limit, all the glory

Emmanuel Wells Jr. is enamored with being the best.

He was born athletically gifted thanks to a family tree filled with multi-sport athletes. His whole life he’s felt pressure to push the boundaries each time he steps on a track.

“I think if you don’t do it that you’re never going to reach your full potential,” Wells Jr. said. “It’s just becoming the best version of you that you can possibly be.”

This desire has driven Wells Jr. to smash the WSU record books in just a few weeks as a Cougar. At the WSU Indoor this past weekend, he ran a 6.65 in the 60-meter dash to set a new Indoor Practice Facility record in the event.

It was also tied for the third-fastest time in the 60-meter in school history. But Wells Jr. would argue his time is the fastest because the two marks above his were converted from 55-meters.

Either way, Wells Jr. isn’t setting a cap on himself.

“I don’t want to set a limit because I don’t know how fast I can go,” Wells Jr. said, “but my goal is just to be the fastest sprinter of all time in the history of Washington State.”

Prior to arriving on campus last August, Wells Jr. sent out a tweet July 16 proclaiming that he was going to break and set new school records. The junior’s prediction came true much faster than he imagined.

“I really didn’t anticipate for it to happen so quick,” he said. “It’s like being a kid on Christmas Day and getting the present you wanted.”

Wells Jr. grew up a three-sport athlete. He started playing basketball at 3 years old and quickly noticed how effortless it was for him due to his speed.

Before Wells Jr. turned 6 years old, he lied about his age in order to play football in first grade. His speed was apparent and his family noticed. His dad, Emmanuel Wells Sr., and one of his uncles, Aaron Wells, eventually pushed him to try track in third grade and he made the junior Olympics in his first year.

All three of these sports came naturally to Wells Jr. as his family has a dominating history in each one. This includes his cousin Nate Robinson.

Robinson played basketball at UW and was the 21st pick in the 2005 NBA Draft. He competed in the NBA for over 10 years for eight teams and is a three-time slam dunk champion.

Despite choosing to pursue a different sport, the 5-foot-9 Seattle icon has still given Wells Jr. advice on how to deal with competing at the next level and having to prove yourself.

“[Robinson] likes the track route,” Wells Jr. said. “He encourages it, you know heart over height is his hashtag.”

Wells Jr. grew up in Seattle, but his family moved south to Lakewood, Washington, because of a job his dad accepted. He ended up attending Lakes High School where he played three sports for two years. Prior to his junior year, his family packed up their bags and headed back to Seattle.

When they moved back, Wells Sr. asked his son where he wanted to go to school. Wells Jr. decided he wanted to continue the family legacy and attend Rainier Beach High School.

In his junior season, Wells Jr. had his eyes set on completing the triple crown in the 3A state championships which is earned by winning the 100-meter, 200-meter and 400-meter.

When the day came Wells Jr. fell short, finishing second in both the 100 and 400 and winning the 200. Wells Jr. was excited after he won the 200 but when he went to his dad after the race, Wells Sr. did not feel the same way.

“My dad was more like, ‘you could’ve walked out of here with three titles, but you’re satisfied with one,’ ” Wells Jr. said. “So, I vowed that after that state track meet, I would never be satisfied with just the average when I know I can achieve more.”

In the 100, Wells Jr. was edged out by current UW running back Myles Gaskin, who went to O’Dea High School. Wells Jr. said he is still frustrated he let that one get away.

“I had beat [Gaskin] all year long and ran the fastest time in the state even in the prelims,” he said, “and then got to the finals and lost by one one-thousandth of a second, so it was really heartbreaking.”

In 2016, his senior season, Wells Jr. focused on improving and dedicated all his time to football and track. He finished his final year as a state champion in the 100 and 200 and as the No. 1 returner in the state in football.

Due to his success on the gridiron and on the track, Wells Jr. received scholarship offers in both sports coming out of high school. In football, he received a partial scholarship offer from WSU and interest from Portland State and a handful of Division II schools.

In track, University of Southern California, UW, Purdue University and University of Nebraska were among the schools that offered Wells Jr. a scholarship. He had plenty of options and high SAT scores but unfortunately his GPA was a little low due to a grade he received in a class at Lakes High.

So instead Wells Jr. was forced to take the junior college route and attend Central Arizona.

“It was difficult knowing that I had the Division I talent and I could’ve went and I came short … but I just had to accept it,” he said.

Mike Cunliffe, the head coach at the Seattle Speed High Performance Track Club, has been working with Wells Jr. since his senior year of high school. He said some people get down on themselves when something like that prevents them from going to a major program, but Wells Jr. used it as motivation to assess himself and keep improving.

Wells Jr. would spend the next two years at Central Arizona competing in track and earning a pair of associate degrees. While he was there, his dad’s pancreatic cancer came back for a third time.

Wells Sr. was first diagnosed with the disease 11 years ago with only a 6 percent chance of survival. He beat it. Then it came back and he beat it again.

He has been cancer-free for a year now and said watching his son win on the track over the years helped him get through it.

“My son used that as a stepping stone to help him dominate,” Wells Sr. said. “He knew every time he won it gave me energy to keep fighting.”

Before his final season of track in Coolidge, Arizona, Wells Jr. reached out to WSU associate head coach Yogi Teevens. She remembered Wells Jr. from his high school career and quickly got him on a visit to WSU. By November 2017, Wells Jr. had committed to coming to the Cougars the following fall.

Wells Jr. even mentioned the idea of potentially playing on the football team as a returner to Teevens as well, which she was fine with. Unfortunately, that desire hasn’t panned out for Wells Jr. but he hasn’t given up on it and said he’s just focused on his current sport.

“I just invest all of my time and energy into track now,” he said. “I always think about it, it’s always on my mind.”

Wells Sr. said his son would be dynamic if he suited up for Head Coach Mike Leach.

“If he gets the opportunity to get on that football field,” Wells Sr. said, “he’s going to return so many punts and kick returns that coach Leach won’t believe he allowed this cat to sit out this past year and didn’t even try him out.”

Despite being one of the top sprinters in Cougar history already, Wells Jr. knows he has room for improvement. He has a routine after each race of sending a video of his 60-meter run to his family to receive feedback.

Most people shy away from criticism from their own family, but Wells Jr. embraces it.

“A lot of people don’t like hearing the truth or getting critiqued but I love it,” he said. “In fact, that’s what I call them for. I don’t like them blowing smoke toward my way, I want to hear what I can be better at, what I did wrong.”

Wells Jr. is majoring in humanities at WSU and hopes to open a sports-related business after college. As one could imagine, his goals for the season are high as he hopes to make it to the indoor and outdoor national championships.

“I just wanted to write my own legacy by coming here,” Wells Jr. said. “I wanted to show that it’s not always about the big names who have the nicest uniforms and the biggest facilities but that you can do something wherever you’re at.”

After his career in Pullman is over, Wells Jr. isn’t planning on hanging up his running shoes anytime soon.

Cunliffe already has plans on training Wells Jr. to run under 10 seconds in the 100-meter after he graduates WSU. The hope is one day he can represent Team USA in the Olympics.

Cunliffe said Wells Jr. is easy to coach because he is so receptive to criticism.

“He trains like he’s not the fastest,” Cunliffe said. “He pays attention to all the details.”

Wells Sr. said his son is special and he knows what he is capable of.

“He’s got world class speed in him right now he’s just got to turn it on,” Wells Sr. said. “If I had his legs, I told him I’d be shattering so many records they’d have me on the front cover of every magazine, every doggone newspaper, I’d be on the web, internet or whatever you call this stuff nowadays.”

For now, Wells Jr. is shooting for a 6.60 in the 60 and focused on breaking the records he has already smashed over and over again. Going all out for just over six seconds is what he was meant to do and he wouldn’t have it any other way.

“Track is the only sport, to me, where your punishment and your glory is running,” he said. 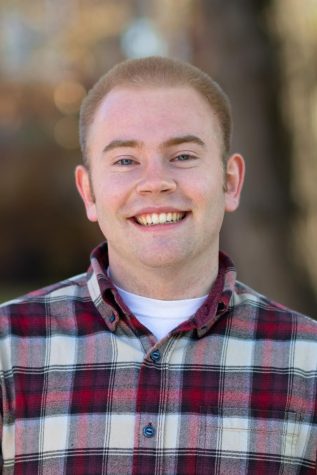 2 Responses to “No limit, all the glory” 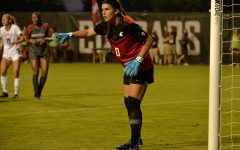 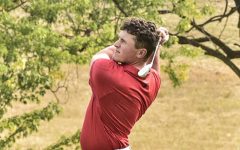 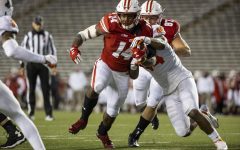 ‘I want to be known as one of the greats’ 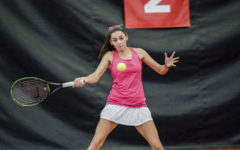 ‘Everyone’s always looked up to her’ 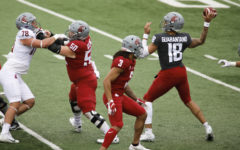 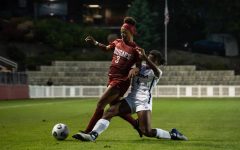 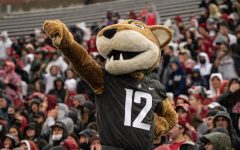 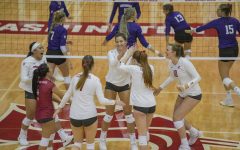 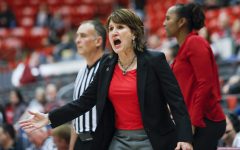 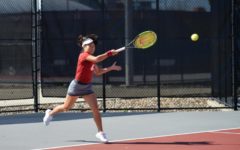